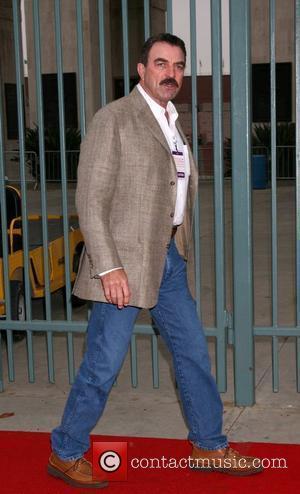 Tom Selleck and Jamie Foxx have become unlikely avocado farming neighbours in rural California. The two actors' ranches are divided by a "common fence" - but they're not talking to each other. Selleck reveals, "He's my neighbour but I don't know how to say hi... Celebrities, we don't like to bother anybody, so we don't talk. I've gotta find a way to say hello." And the former Magnum P.I. star admits there's a little avocado rivalry at stake: "My avocados are a little better than his and they're selling like hotcakes... Mine will sell more because my trees are older. "I've got about 2,100 trees; Jamie has more but I lost 600 in the big freeze this year... I'm a state disaster area." Meanwhile, as Foxx moves into the area, Selleck's longtime crush, Sophia Loren, has sold up. The actor adds, "That was bad because I had permission (from my wife)... It had to happen just like this, if I was on my way to Home Depot and she was out on the driveway in her bathrobe and she said exactly these words: 'Thomaso, would you like a cappucino?' I could go in. "But it never happened and she sold it."