Guttenberg, Danson And Selleck Are Reuniting For Three Men And A Bride 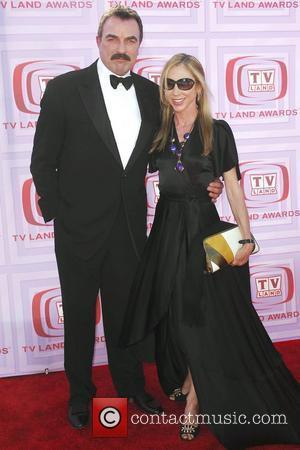 Tom Selleck, Ted Danson and Steve Guttenberg are reuniting for a new THREE MEN AND A BABY sequel - nearly 20 years after the last installment.
The trio played bachelor pals forced to raise a baby together after she's left on their doorstep by desperate mum Nancy Travis in the 1987 original.
The reteamed three years later for the follow up, Three Men and a Little Lady.
Now, 19 years later, studio bosses at Disney are planning to reunite the trio for their movie daughter's wedding.
Breaking the news to WENN, an excited Guttenberg says, "Disney's developing Three Men and a Bride. That's going to be a smash. A smash hit. They're bringing everybody back for that.
“Nobody knows about it. I'm the first to talk about it.”
And Guttenberg's not settling for just one sequel - he wants to bring back all the franchises that helped him find fame in the 1980s.
He adds, "It's definitely time for another Police Academy. And I think they could make another Cocoon.
"They're surefire hits and I think they're good for the world. They make the world a better place and that's what it's all about."