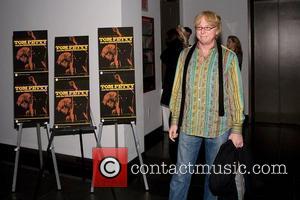 Tom Petty has great empathy for Native Americans who struggle to forget their Indian roots because his grandmother endured a life of oppression because of her Cherokee blood.

The FREE FALLIN' rocker recalls his grandmother as a lovely woman who ran a small family farm, but it was only later on his life that he learned of her wasted years trying to escape her past.

He says, "She was in complete denial about being an Indian. Didn't want that out too much. Didn't want to talk about that. Now I can see why.

"It was sad, really. The Indian thing was not a popular subject. They wanted to be white, meaning my grandmother and her other two sons."

Petty admits he still sees his family's Cherokee past in his brother BRUCE - but it still isn't something his mother is happy to talk about.

He adds, "I'm the only blond, blue-eyed guy in the family. Everyone else is dark-skinned Indian.

"My mother, who was of English and French descent, was fair-haired. So I came out this way. My brother didn't. He's dark-skinned... My mother didn't like the whole idea at all - that we were Indian."