Rage Against The Machine's Tom Morello has described bandmate Zack de la Rocha as "the punk rock James Brown" and "the greatest frontman of all time".

Speaking on the 'Revolver's Fan First' podcast, he said: "In my opinion, [Zack is] the greatest frontman of all time. He’s the punk rock James Brown.

"There’s no one in the history of Western music that has the sort of the totality of spiritual commitment onstage and in the studio as that guy.

"And it’s matched with a brilliant intellect, and he’s a tremendous musician as well, and it’s really an unbelievable combination. [I] just feel fortunate to be in a band with him.”

Morello also praised late Audioslave frontman Chris Cornell and his "ability to craft beautiful and ferocious melody out of the ether".

Recalling their work together on Audioslave's self-titled debut, he added: "I remember making that first [Audioslave] record [self-titled] with Rick Rubin.

“And Rick‘s like, ‘You don’t understand how lucky you got. I work with a ton of vocalists and it’s difficult to make a great melody. And this guy is just throwing them right and left!' ”

Meanwhile, Morello previously opened up on his experience on the road with Bruce Springsteen and the E Street Band, and even after learning 250 songs for his first tour he still felt unprepared.

He said: "The E Street Band was one of the greatest live rock bands in the world for 40 years before I played with them, so my main job was not to ruin a perfectly good thing.

"I learned 250 songs before departing for the first tour, so I guess that would be the induction. And still it wasn't enough.

"Bruce would often surprise us by taking requests from the crowd - and sometimes they weren't even Bruce Springsteen songs. When we were in Australia, we played songs by INXS, the Bee Gees..." 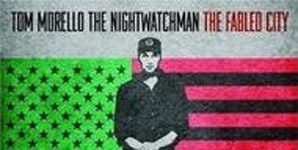 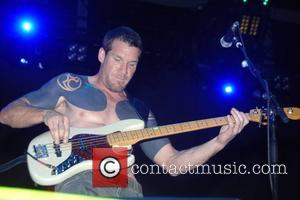