By Andrew Lockwood in Music Reviews on 13 March 2018

'I told myself that I would never dress in black and stand in front of a slightly bored congregation in church', was how Tom Mcrae described the situation he found himself in as he performed at Revelation St Mary's, in Ashford. The son of two vicars, and now a family of three as his sister has also become a woman of the cloth, stood alone with no Standing Band behind him. McRae delivered an acoustic solo gig with just a drum stick, a tambourine, a few guitars and a loop pedal as he enthralled the crowd before him.

Astrid Williamson, formally of Goya Dress, played support ahead of her Union Chapel gig the following day. Her set seemed to have a certain fluidity to it as she added tracks in, after she'd time checked just how long she had left. Astrid's crisp Scottish vocal suited the acoustics of her surroundings brilliantly as she performed alternately with guitar and keyboard. Two songs lifted from the close of her 2009 album, 'Here Come The Vikings' worked particularly well in the ecclesiastical venue. The reflective refrain of 'Eve' and the resigned realisation of the overall more optimistic 'The Stars Are Beautiful' were played out note-perfect to the captivated audience.

With no backing band to enhance the evening, Tom McRae was left to perform an acoustic solo set; just him, his instruments, his artistry and his undoubted charm. The pair (he and Astrid) had missed the chance to perform the previous week as the show in Guildford was snowed off (even though Astrid had honoured her Travelodge booking as she didn't want to waste it!) but Tom was match fit and on top form all night. He wasn't there to deliver a sermon but he did litter the evening with some great anecdotes. 'I did a TEDx talk. Usually it's to do with technology, or exciting a generation of start ups. The guy that was organising it said, so Tom, what are you talking about? I said I'm going to talk about how hard song writing is. I'm going to say it's easy and then I'm going to twist it and say it's hard and I'm going to come up with seven fundamental truths about song writing. He said, Oh, that's cool. Last week we had someone in who basically cured Ebola, but have a good one. I felt very proud.'

By Andrew Lockwood in Music Reviews on 23 February 2010

Review of Tom Mcrae's album The Alphabet of Hurricanes released through Cooking Vinyl.

Former Foyles book store employee and ex City Of London Poly Politics & Government graduate, born in Chelmsford to not one, but two, vicars who just happens to have a messiah complex and slightly obsessive fly fishing flight of fancy releases his fifth studio album after 3 years of creative toil. Tom McRae, the forty something Essex boy who relocated to the gold paved streets of London to star in bands as enticingly titled as 'Ministers Of Orgasm' and 'Raising Cain' has been both Mercury and Brit Award Nominated. 'The Alphabet Of Hurricanes' is the latest release from the well travelled Mr McRae who has now settled back down in the capital after spells in LA and New York. (The Americans are big fans of his work).

Some time chorister Tom is a well respected singer-songwriter with a growing fan base and loyal following. His song writing quality has even been compared to both Nick Cave and Tom Waits! The poet Simon Armitage has taken time out to tell us just how good Tom McRae is and why we should be listening to his music. The records Tom makes, he says, have 'unapologetic intelligence in a world where popular music has pawned its soul to the television schedules.' 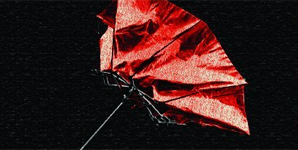 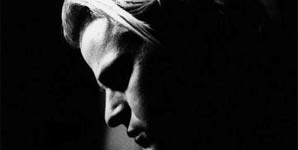