Spongebob Squarepants Sequel Coming in 2015 – Will It Be Any Good?

The new Spongebob movie, Sponge Out Of Water, will be released early next year, but will it live up to the first?

It has been almost ten years since the release of The Spongebob Squarepants Movie, and it’s a film that still holds its own today. The Nickelodeon juggernaut is currently in season nine and is rapidly approaching 200 episodes. It’s pretty hard to believe that it just celebrated its 15th year anniversary last month. Where does the time go?! Its got countless Emmy awards and the most episodes to a show in Nickelodeon history, and you can’t deny its influence it had on childhoods for years. The only thing it doesn’t have, however, is a sequel to its 2002 feature film – but that changes now with The SpongeBob Movie: Sponge Out of Water. Tom Kenny [R] will be the voice of Spongebob in Sponge Out Of Water [Photo: Getty Images, Credit: Mark Mainz]

Despite the first film being a financial success, a sequel was never initially planned. Producer Julia Pistor said in 2004 that a second would be unlikely. However, it wasn’t until ratings began to decline slightly that Paramount Pictures was looking for something to give the show an extra boost, and in 2012, the president and CEO of Viacom officially announced a ‘Spongebob’ sequel. After numerous name changes to the movie and a couple of filming road blocks (producers were denied permits to film on an island in Georgia), the sequel is set for release on February 6, 2015 when it wraps up production in November.

So, is this new addition to the ‘Spongebob’ franchise going to be any good? Originally, it was titled as simply Spongebob Squarepants 2, but with its new name, Sponge Out Of Water, it gives you more context clues than you think. That, coupled with the filming details and newly released poster depicting a oddly animated Spongebob should tell you that this isn’t Spongebob like you’ve grown to know. With Sponge Out Of Water, the movie will be taking an Alvin and The Chipmunks or The Smurfs approach, as it’s going to be part CGI and part live action. With that said, you can assume the movie will involve Spongebob leaving his native sea land (because, ya know, ‘Sponge Out Of Water’). Additionally, all of the original voice actors from the first film are returning, and some of the live actors will be Antonio Banderas (the guy who played Zorro) and some type of cameo from legendary guitarist Slash. Basically, this new movie will either become a massive hit, or fail miserably, and it will either be absolutely awful or completely awesome. With the newest Smurfs film having a 34 Metacritic score while the latest Alvin and the Chipmunks holds a measly 24 on the rating site, it’s clear that this animation style isn’t the most well received. Is part CGI/part live action of classics just a gimmick that can never work out, or has it just never been done correctly? Part of the charm with the first ‘Spongebob’ film is the animation feeling exactly like the TV show. With such a change in direction with Sponge Out Of Water, we’re looking forward to it, but we’re staying cautiously optimistic. 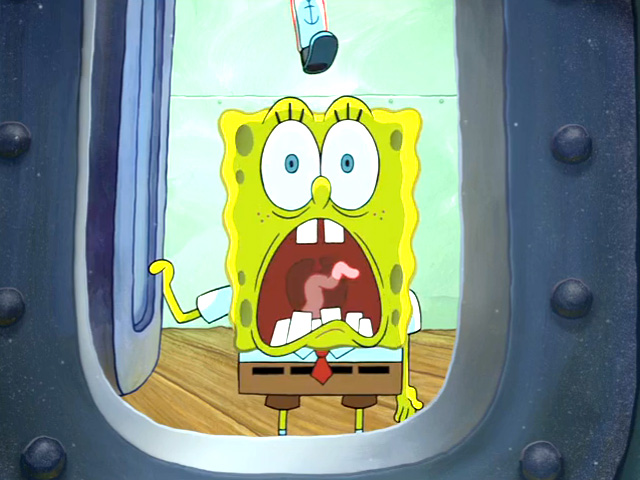 Spongebob Squarepants Sequel Coming in 2015 – Will It Be Any Good?

The Motion Picture Association of America, in their policy to specify why a movie receives...