Linda Woodward passed away on April 10th following what was described as a "short but fierce" battle with cancer, and Jones has thanked his fans for their messages of support.

Sir Tom Jones has thanked his fans in a heartfelt message for their “sympathy and support” after his losing his wife earlier this month.

The 75 year old singer shared some personal thanks via his official Twitter account to his 500,000 followers on Wednesday evening (April 27th), just over two weeks after his wife Linda died from cancer. 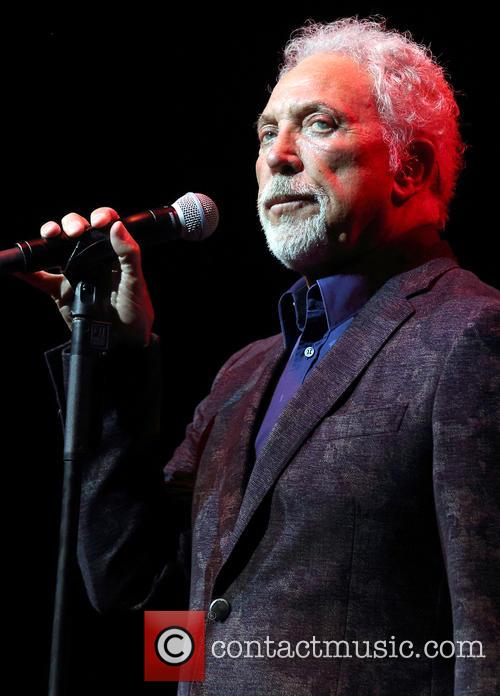 The message was captioned “a little note from Tom…” and read: “A heartfelt thank you to all who sent notes of their sympathy and support to me and my family over the last couple of weeks. So many beautiful and meaningful things were said, and reading these genuine and lovely messages has lifted us all. See you soon.”

Jones had married Linda in 1957 when they were both 16 in Pontypridd, Wales, having been childhood sweethearts. They had one child, Mark, and remained married despite Jones’ occasional unfaithfulness that made the papers at the height of his fame when he broke big in the mid ‘60s.

The singer’s publicist had broken the news of Linda’s death back on April 10th, just a week after Jones had suddenly cancelled tour dates over South East Asia in Manila, Bangkok, Seoul, Tokyo and Osaka citing a “serious illness” in his family.

A little note from Tom.... pic.twitter.com/mGB0wIPDfG

Speaking about her in an interview this year before she passed away, he said: “she's the most important thing in my life. An unbelievable woman. Linda is the love of my life and she still is, even though she doesn't look like she did. I don't look like I did, either, but I try my best!”

He also explained to Jonathan Ross in October 2015, Jones also intimated that he might quit singing altogether if Linda were to die. “She wasn't well a while ago and we didn't know whether she was going to make it… …a lot of the songs that I do, I think of her, so it would be hard if she wasn't there to be able to sing.”

However, the "see you soon" at the end of his new message seems to indicate that Jones will eventually return to singing in the future.

More: Sir Tom Jones pulls out of entire Asian tour due to “serious illness” in his family