An excited fan was stopped by security from throwing her underwear at Sir Tom Jones during his Greenwich Music Time show last night (27.07.15). 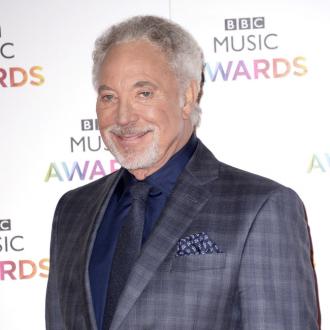 An excited fan was stopped by security from throwing her underwear at Sir Tom Jones.

The 75-year-old singer was performing 'Sexbomb' during his second night at the Old Royal Naval College as part of the Greenwich Music Time concert series when a female devotee could be seen whirling a pair of black pants around her head in her seat close to the stage.

However, before she could toss the garment to the veteran performer, a security guard intervened and she quickly put them away.

But later in last night's (27.07.15) show, a pair of pink lace briefs were spotted sailing towards the stage from the crowd, though they failed to reach their destination.

Tom put on a crowd-pleasing display at the picturesque venue, delighting fans of all ages with classic tracks such as 'It's Not Unusual' - which was given a Latin twist - 'Green, Green Grass of Home' and 'Delilah', along with covers of the likes of Leonard Cohen's 'Tower of Song' and Blind Willie Johnson's 'Soul of a Man' and songs from his more recent albums 'Praise + Blame' and 'Spirit in the Room'.

Support for the evening came from country duo The Shires.