Sir Tom Jones has been announced as the winner of the Nordoff Robbins O2 Silver Clefs Lifetime Achievement Award and will be presented with his prize at the ceremony next month, 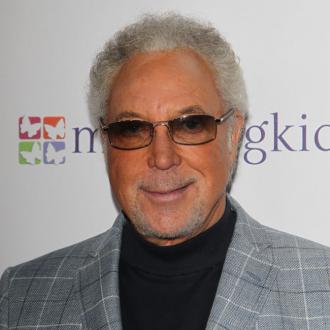 Sir Tom Jones will be presented with the Lifetime Achievement Award at the Nordoff Robbins O2 Silver Clefs Awards next month.

The 73-year-old music legend has been added to a list of winners who will attend the ceremony - organised by the charity that provides musical therapy for thousands of people across the United Kingdom - at the London Hilton on Park Lane next month, where they will be recognised for their contribution to the music industry.

Speaking of his delight at being announced as a winner, Tom said: ''To be presented with the Lifetime Achievement Award is a great honour, and to be included amongst the other fantastically talented artists here today is a real pleasure.

''I've seen first hand the amazing results that the dedicated and skilful therapists get with children and adults - it's work that really makes a difference.

''This is a wonderful and important charity, so to be recognised for my lifetime of work means a great deal.''

Mvula said: ''I'm honoured to have been awarded the Jack Daniels Best Newcomer Award at the O2 Silver Clefs. I really believe music has the power to heal and empower so it's lovely to be recognised by Nordoff Robbins - a charity that uses music in such an incredible way.''

Pharrell will receive the Raymond Weil International Award while Paloma will be presented with the Royal Albert Hall Best British Act Award and Giorgio, who has collaborated with Daft Punk, will pick up the American Express Innovation Award at the ceremony on July 4.