'Thor' star Tom Hiddleston has thrown his hat in the ring to play James Bond once Daniel Craig has finished in the role of 007. 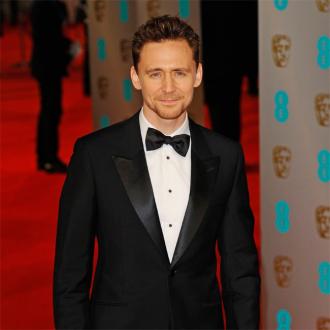 Tom Hiddleston is up for playing James Bond.

The 'Thor' star's name has been mentioned as a possible successor to current 007 actor Daniel Craig and Hiddleston can imagine himself playing the ''huge'' part.

He said: ''Well, I did hear recently that he is making another one. And I would never want to usurp or even attempt to usurp Daniel Craig's place in the James Bond pantheon. But, in an entirely hypothetical situation. Of course it would be ... that would be huge ... I think I would enjoy the experience.''

Although he wants to play Bond, Hiddleston doesn't think it's likely he'll be approached to don the suave spy's famous tuxedo.

Speaking to the BBC, he added he was: ''Enjoying the possibility as we discuss it ... It would be a huge compliment and huge fun. But, you know, it feels so unlikely and imaginary.''

However, Hiddleston might get a chance sooner than he thinks as Craig thinks, at 47, he is getting too old to play the secret service agent.

Speaking about his exercise routine, Craig said previously: ''My routine is nothing special - the usual exercising, working myself to death. No secret method involved, just sheer hard graft that I'm used to. It's getting harder I will admit but such is life.''

Hiddleston will soon be seen on screens as country singer Hank Williams in biopic 'I Saw the Light' and he is preparing to film upcoming epic 'Kong: Skull Island' with 'Straight Outta Compton' star Corey Hawkins.