Tom Hiddleston wants to star in a comedy where he can wear normal clothes and not a comic character costume. 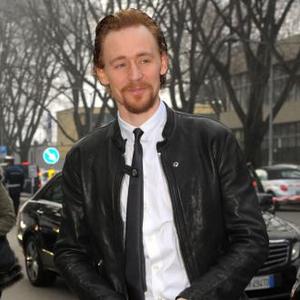 Tom Hiddleston wants to star in a comedy.

The British actor is currently playing villain Loki in 'Avengers Assemble' but admitted he would love to work on a movie where he gets to wear normal clothes and make people laugh.

He told CraveOnline: ''I'm desperate for it. I'm telling everyone. I'm putting out The Feelers for jeans and a t-shirt. And comedy. I want to make people laugh. I want to slip on a banana skin and walk into a lamppost.''

Although he compares him to Adolf Hitler, Tom believes there is hope that Loki can be redeemed as a character.

He said: ''He's laboring under the delusion that he'll create some kind of world peace by uniting the human race in reverence of one king. And it's an identity search. He's desperate. He needs to belong. He's so lacking in self esteem, that just like someone like Hitler, he needs to fill the void with adulation.

''Well, I think it's the most fascinating part of him, particular, as a specific character. It's what distinguishes him from someone like The Joker, or any of the other characters really, is that he's walking this tightrope between virtue and vice, between all-out evil and the possibility of redemption. There is a part of him... I always think, if you hate someone, then underneath it you still love them. Because you have to love them enough to care to hate them. The opposite of love is not hate, it's indifference.''