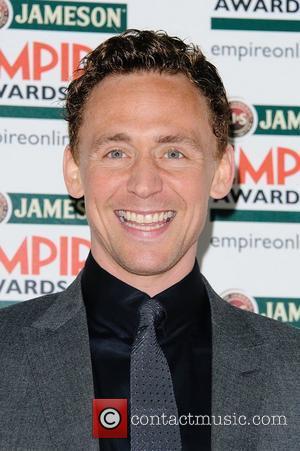 Thor star Tom Hiddleston took up acting to escape the pain of his parents' divorce as a teen.
The British actor was a 13-year-old student at famed English boys' boarding school Eton when his parents split, and he admits he turned to the creative arts as a way of coping with his emotional issues.
He tells Live magazine, "I think I started acting because I found being away at school while my parents were divorcing really distressing. It's only now I've got a retrospective angle on it. When you are a teenager, suddenly you start harbouring secrets in a different way. If you are at a boys' school, especially, there is a level of bravado that you have to keep up otherwise you'll get picked on. I was really quite upset, and probably very sad and vulnerable and angry. Acting presented a way of expelling those feelings in a safe place."
Hiddleston, who rose to fame last year (11) with roles in Thor, War Horse and Midnight in Paris, found success much later than many of his drama school contemporaries, but is glad his career is now finally starting to take off.
He adds, "Gemma Arterton, who was two years below me at Rada (the Royal Academy of Dramatic Art), was suddenly the great hope of British acting, while I was grinding away in the theatre. Eddie Redmayne, who I was at school with, was off making movies with Angelina Jolie and Matt Damon. I thought that if it hasn't happened for me, maybe it never will... It's really been amazing (to see my career take off)... It's been more than I'd ever dreamed of."