Hiddleston has apparently been telling everybody on the set of 'Thor: Ragnarok' how much he loves Swift - and they're teasing him for it!

Hiddleswift has been on a short break over the last few weeks as Tom Hiddleston shoots his part in Thor: Ragnarok in Australia, but apparently his co-stars have been teasing him about his relationship with Taylor Swift while on set.

“His co-stars, including Chris [Hemsworth], have been teasing him because they’ve never seen him like that before with anyone,” an insider told HollywoodLife this weekend, also revealing that the ‘Loki’ actor won’t stop talking about how amazing he thinks 26 year old Swift is.

“He’s been telling co-stars how much he loves her, how he’s really missing her while he’s away and just waxing lyrical about her musical talents.” 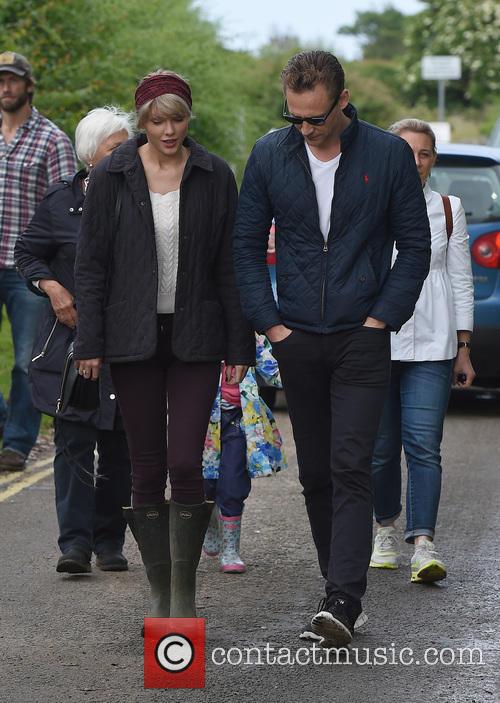 However, the 35 year old British star is keeping himself occupied with his work, and isn’t letting the jokes get to him. “Tom knows he’s there to work and won’t mope about it,” the source said.

For her part, Swift has made an effort to keep in contact with Tom, even flying him back to Rhode Island via her private jet for a family get-together on August 14th.

More: Taylor Swift will not be attending this year’s MTV VMAs

“She’s happy to give Tom space while he is away working. It’s not an issue for her that they’ve got this time apart from one another,” another source close to Swift revealed. “She understands she can’t be with him 24/7, and even if she was in Australia with him, Taylor would hardly see Tom because he’d be busy on set.”

Despite recent reports that the couple have had their first big argument together, Hiddleston is reportedly very happy with the pop star, and another report indicates that they’ll be making their first red carpet appearance together at next month’s Emmys, where Tom is nominated for his well-received part in BBC espionage drama ‘The Night Manager’.

“Tom normally doesn’t like his public life overlapping with his private life but he is so happy with Taylor that it’s the perfect time,” another insider told The Sun about the actor’s plans for the Emmys on September 18th.