Hiddleston flew from London to New York to surprises kids at a screening of 'Thor: The Dark World' at AMC Empire 25 in Times Square this week

Tom Hiddleston has garnered a reputation as being one of the kindest gentlemen you would be lucky enough to run in to. Whether he's tackling poverty, giving kids a lift on his shoulders for the sake of it, bringing people soup or just generally being a good guy, the man sets an example across celeb-dom of how you should behave. So when it came time for him to choose between staying in London and partying with his Thor co-stars following the premiere of Thor: The Dark World, or flying across to New York City to surprise kids at an advanced charity screening of the film, you can bet he chose the latter.

Hiddleston as Loki in the new film

Tom flew across the Atlantic just hours after attending the premiere of the Thor sequel to make a surprise, unannounced visit to an advanced screening of the film and to pay tribute to organisers at the Variety: the Children's Charity of New York and The Children's Aid Society. On Thursday, 31 October, the AMC Empire 25 cinema in Times Square held the one off Variety screening of the new Marvel adventure for the benefit of some of the city's underprivileged children - the perfect arena for Hiddleston to flex his gentlemanly muscles yet again.

As reported by the New York Daily News (who have photos of Tom at the screening), Tom stepped out to surprise the audience before the screening of the film, adopting his nefarious Loki accents as he told the unsuspecting children, “I am Loki and I am filled with glorious purpose,” before re-adopting his regular register to thank the charities and his fans.

Watch the trailer for Thor: The Dark World

Tom has his say on the new Thor film

"For charities like Variety of New York and Children's Aid Society and Unicef, who I have done some work for, I believe so strongly in their work," Hiddleston said at the event co-hosted by Disney, Marvel Studios and the Daily News. "There are armies of people behind the scenes who do tireless work on behalf of children all over the world. So it's nothing for me to turn up and introduce a screening for them. I hope it's a nice reward."

Hiddleston has gained a huge cult following for his role as the mischievous Loki, and went to say how gratifying he finds it being showered with admiration for the Norse God. He continued, "To see that enthusiasm, to see them clap and cheer, wearing Loki T-shirts and swinging hammers, that was really gratifying,” and this gratitude was reciprocated by the thankful children in attendance at the New York screening.

Thor: The Dark World, which also stars Chris Hemsworth and Natalie Portman, hits U.S. theatres on 8 November and is out now in the UK and Australia. 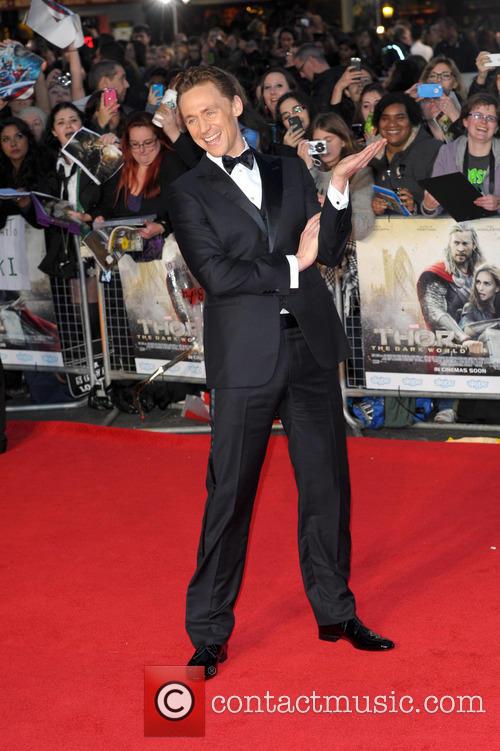 See all our images from the Thor: The Dark World premiere