Tom Hiddleston is best known for his role as Thor's mischievous brother Loki, but has also appeared in a variety of arthouse movies, TV series and stage productions.

Tom Hiddleston leads the ensemble cast of Ben Wheatley's new thriller High-Rise, based on the J.G. Ballard novel. And it's Ballard's bleak world view that drew him to the project.

"What Ballard is interested in is who we really are beneath the veneer of sophistication and good manners," Hiddleston says. "So at what point do your manners break down, and when does your more animalistic nature emerge?" 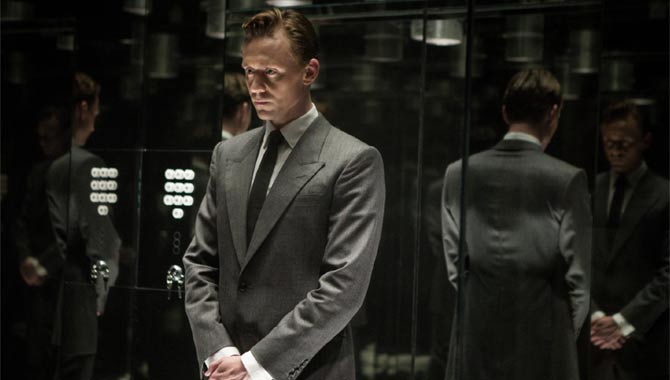 The film centres on a modern tower block in 1975, where residents are confronted with the collapse of their carefully ordered community. "Some people might see it as a Lord of the Flies-type experiment," Hiddleston says, "stripping away the mask of civil manners to reveal the animal underneath. Everything stops working and you see that these superficially elegant and glamorous people are actually motivated by very basic human things like greed, lust, power, territory. I think Ballard is deliberately provocative about that. He's saying that this is who we are."

Hiddleston took extra time to prepare for his role as a doctor, and specifically a scene in which his character demonstrates on a cadaver for medical students. "I asked if I could go and talk to a doctor to see how to cut someone's head open," he says. "So they got me an appointment with a forensic pathologist, and I went up to a hospital and watched an autopsy. I'd never felt faint in my life until that day!"

He also appears in various states of undress in the film, and believes that keeping in shape is just part of his job. "For [the recent TV series] The Night Manager and [the upcoming King Kong film] Skull Island, I play soldiers, so you want to do right by real soldiers who are in that sort of shape," Hiddleston says. "I honestly think there's a premium in truthfulness: people don't want to see you fake it. They want to see the real thing, and it includes physicality. Whether that's Leonardo DiCaprio in The Revenant or Michael B. Jordan in Creed. There are certain magic tricks in creating an illusion. But commitment, risk and authenticity are the most powerful things in all art."

Watch the trailer for High-Rise: