Sunday night’s on the BBC are getting steamier and steamier.

Last week a shirtless Tom Hiddleston on BBC One’s ‘The Night Manager’ sent twitter into a frenzy, but viewers had no idea what was in store for them this week. During a steamy sex scene on Sunday night’s episode of the drama, viewers were treated to Hiddleston’s bare bottom and of course, twitter couldn't get enough of it. 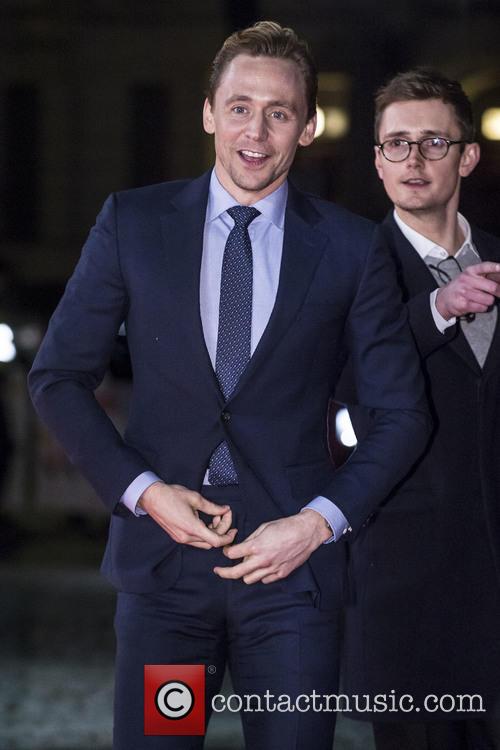 Tom Hiddleston bared his bottom on BBC One, Sunday night.

Some found it ‘cheeky’. ‘Brilliant, and cheeky performance in @thenightmanager by @twhiddleston last night. Can't wait for the next episode,’ wrote one viewer. Another added: ‘Tom Hiddleston bum !!! I repeat his bum !! This isn't a drill people !!!! #nightmanager’.

Although much appreciated, there were viewers who found that they now couldn't concentrated on the show’s plot. ‘All these great actors and interesting plot but now all I can think about is Tom Hiddleston’s bum! #NightManager.’

More: Tom Hiddleston Shirtless In 'The Night Manager' Was Too Hot For Twitter To Handle

For those who might have missed it, some helpful tweeters included screenshots, with one captioned, ‘Two simple words: DAT ASS’. Others just wondered how they were meant to sleep tonight after watching the drama. 'How the Hell am I supposed to get to sleep now?’ a viewer asked on twitter. ‘Suspense, beautiful locations, drama and #TomHiddleston's bottom.’

The BBC has certainly been ramping up the sex in their period dramas recently. When Aidan Turner’s Poldark first appeared shirtless viewers thought they were getting a treat, but since then we’ve had full frontal male nudity on ‘War and Peace’ and now Tom Hiddleston’s bare bottom.

But if you think ‘The Night Manager’ is too hot for Sunday nights, things are set to get even racier. Later this year the BBC will air French-made series ‘Versailles’, which is said to have ‘the most graphic sex scenes’ ever seen on British television.

The £21 million drama has already begun airing in France and news of it’s raunchiness has made it all the way to Westminster. Conservative MP Andrew Bridgen told the Daily Mail, “There are channels where, if you wish to view this sort of material, you would have to pay for it.”

“BBC viewers don’t have a choice. They have to pay for it whether they approve or not. Is this an example of the BBC dumbing down and seeking more sensationalised programming? That’s an arms race to the bottom – quite literally in this case.”

But the Beeb has defended the series, which is also said to include graphic scenes of violence, with Sue Deeks the head of programme acquisition saying: ‘Versailles will be a delicious treat for BBC2 viewers.’ There’s no official air-date for the drama yet, but it is expected to hit screens in May.