Not that she minded, of course.

It's common knowledge for most Brits; members of the royal family must be greeted with a little bow and a handshake if, and only if, it's offered. Hugs, kisses, high fives, fist pumps - out of the question. Except no-one told Tom Hiddleston when he met the Duchess of Cornwall. 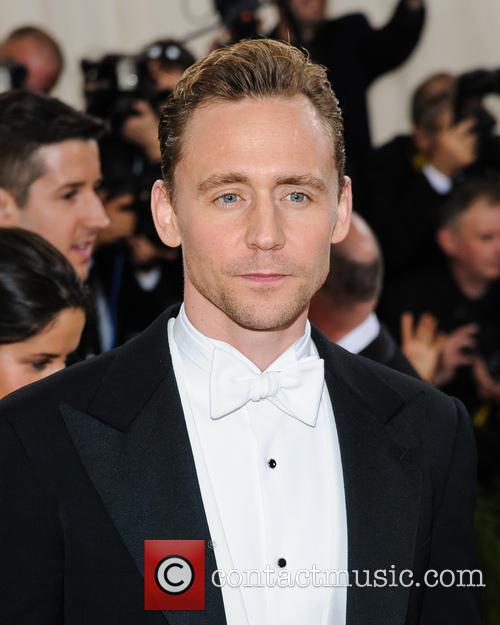 Tom Hiddleston gets a cheeky hug with the Duchess

Thankfully, Duchess Camilla was unfazed as the 'Thor' actor wrapped his arm around her shoulders for a photo with TV presenter Chris Evans. She wasn't going to complain about the handsome actor breaching royal protocol though, having just explained to him how much she loved his BBC TV show 'The Night Manager'. Any woman would be smitten at such a greeting.

Her Royal Highness had joined the actor at the BBC Radio 2 studios where she was to judge the annual 500 Words competition, which was hosted by Chris Evans. It's a contest aimed to improve literacy and creativity among children in the UK.

More: Tom Hiddleston not returning for another series of 'The Night Manager'

Hiddleston wasn't the only one to go against common etiquette when meeting the Duchess though, as Chris Evans even deigned to kiss her on the cheek before introducing the pair. The Duchess gushed to Hiddleston: 'Hello Night Manager, how are you? Sunday nights just aren't the same without you.' She even described herself as 'the envy of all the ladies' as she acknowledged meeting the heartthrob actor.

While it's not usual practice for a non-Brit to greet a member of the royal family with a bow or curtsy, it still hit headlines when First Lady Michelle Obama was pictured with her hand placed on the Queen's back during their first ever meeting. Perhaps it isn't such a big deal anymore; maybe the British royals enjoy being treated like anybody else these days. After all, Her Majesty has met with President Barack Obama and his wife on a number of subsequent occasions.