Tom Hardy Frightened One Former Friend Of Gangsters Ronnie And Reggie Kray With His Likeness To The Twins He Plays In New Movie Legend. 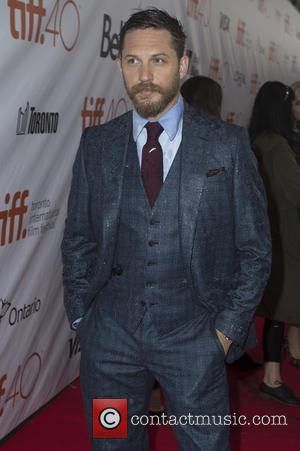 Freddie Foreman, an associate of the Krays who was sentenced to 10 years in prison for his part in disposing of a dead body, was apparently terrified when he saw who he thought was Ronnie Kray walking along a London street.

However, he was relieved to realise he had merely stumbled across Hardy in character as the fearsome mobsters who ruled east London in the 1960s.

Legend director Brian Helgeland tells Britain's Daily Mirror newspaper, "(Foreman) uttered an expletive and went white as a sheet. He was looking over my shoulder. I turned around and I realised he'd seen Tom coming down the road, in full make-up and dressed as Ron.

"Tom held out his hand and, in the voice he used for Ron, just said, 'Hello Freddie'. Freddie was shaking. It was like he'd seen a ghost."