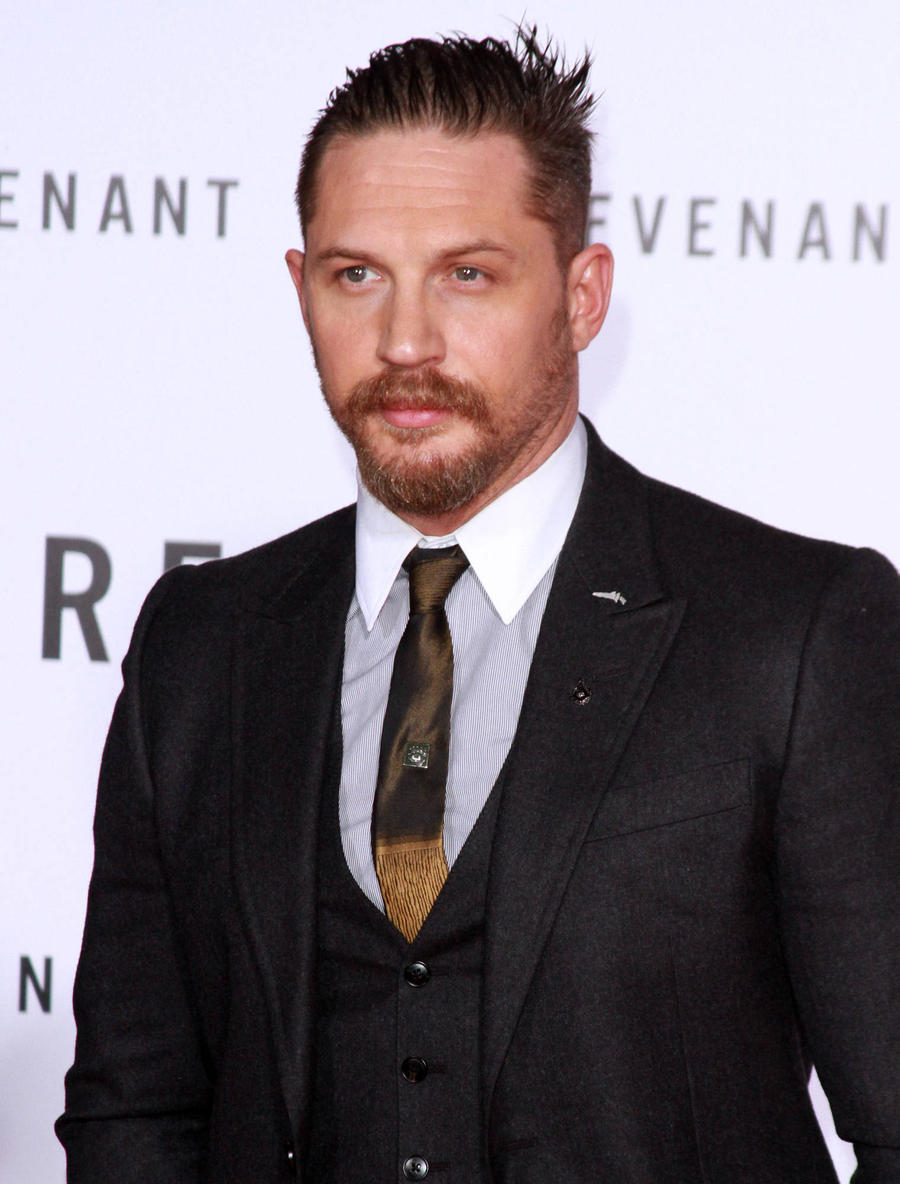 The Mad Max: Fury Road star shed his clothes to film scenes for new period drama Taboo, which is based on a story he wrote with his father, at a lake in Essex, England.

Pictures show Tom stripping off on a boat before plunging naked into the freezing-cold water and wading ashore.

He is seen sporting body art all over his chest, back and legs for his role as adventurer James Keziah Delaney in the show, which is set in the 1800s.

Tom, who previously stripped off onscreen for his role in 2008 drama Bronson, recently revealed he was filming scenes for Taboo when he heard he had been nominated for a Best Supporting Actor Oscar for The Revenant, and flubbed his lines for the rest of the day.

"I didn't really believe it to be fair, I was like 'Yeah alright, carry on with the scene', which was actually probably one of the worst scenes I've ever done in my life," he told British TV show Good Morning Britain.

"I was struggling and I had half a costume on. Doing a period drama, I've got no pants on and I was standing there in a shirt. It was like 'Yeah you've been nominated.' I was like 'Yeah course I have, yeah.'

"I haven't fully processed it, if that makes sense, because I've literally just come from work and I'm just a little bit braindead, but it's a really cool day but I haven't really sat with it yet."

Along with Tom's nomination, The Revenant will also compete for prizes including Best Actor for Leonardo DiCaprio, Best Picture, and Best Director for Alejandro Gonzalez Inarritu at the Academy Awards ceremony in Los Angeles on 28 February (16).