The 39 year old 'Taboo' actor none-too-subtly implied that he was running to be the next 007.

Tom Hardy made the critical mistake of expressing his interest in being the next James Bond actor by refusing to respond to a question about it.

Speaking to The Daily Beast, the 39 year old actor got himself into a line of questioning about the presumably vacant 007 spot when he responded to the interviewer’s suggestion that Inception director Christopher Nolan would be a good replacement as director for the Bond franchise. 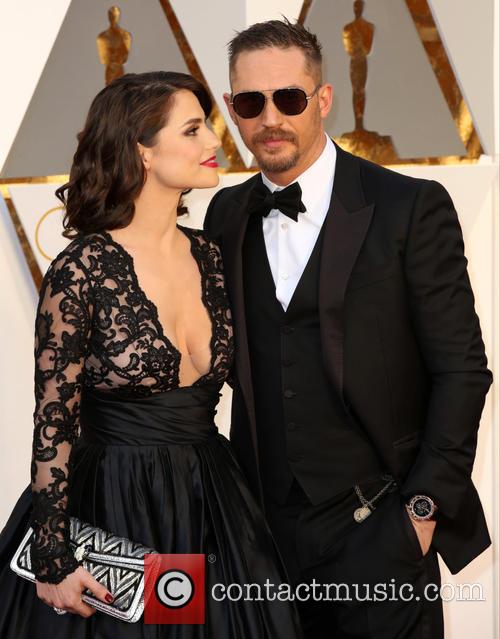 Your next 007? Tom Hardy pictured with his wife, Charlotte Riley

Which, of course, begged the follow-up question of whether Hardy himself would be interested in portraying Bond on screen. It is widely assumed that Daniel Craig, who has played the role in four films spanning a decade, does not want to play the part again, despite being the producers’ first choice with previous rumours of a $150 million payday being offered for two more movies.

“There’s a saying amongst us in the fraternity of acting that if you talk about it you’re automatically out of the race. So I can’t possibly comment on that one!” he said, confirming that he’s in the running.

Fellow English actors Idris Elba, Tom Hiddleston, Jamie Bell and Tom Hughes have also been linked with the part of Bond in the last couple of years.

Hardy has previously worked with Christopher Nolan on The Dark Knight Rises (2012), in which he played the masked villain Bane.

Enthusing about Nolan, now working on Dunkirk, Hardy said “it would be a very hard re-imagination to follow. I wonder what the next instalment of that franchise would become, and I think when you mention someone like Christopher Nolan, that’s a very powerful figure to bring into that world who could bring something new and create something profound – again.”

Only a few weeks ago, Hardy was linked strongly with the upcoming eighth instalment of the Star Wars series, with suggestions he was in line for a significant role.