Actor Tom Hardy's wife had to take a bathroom break at the Oscars to breast pump. 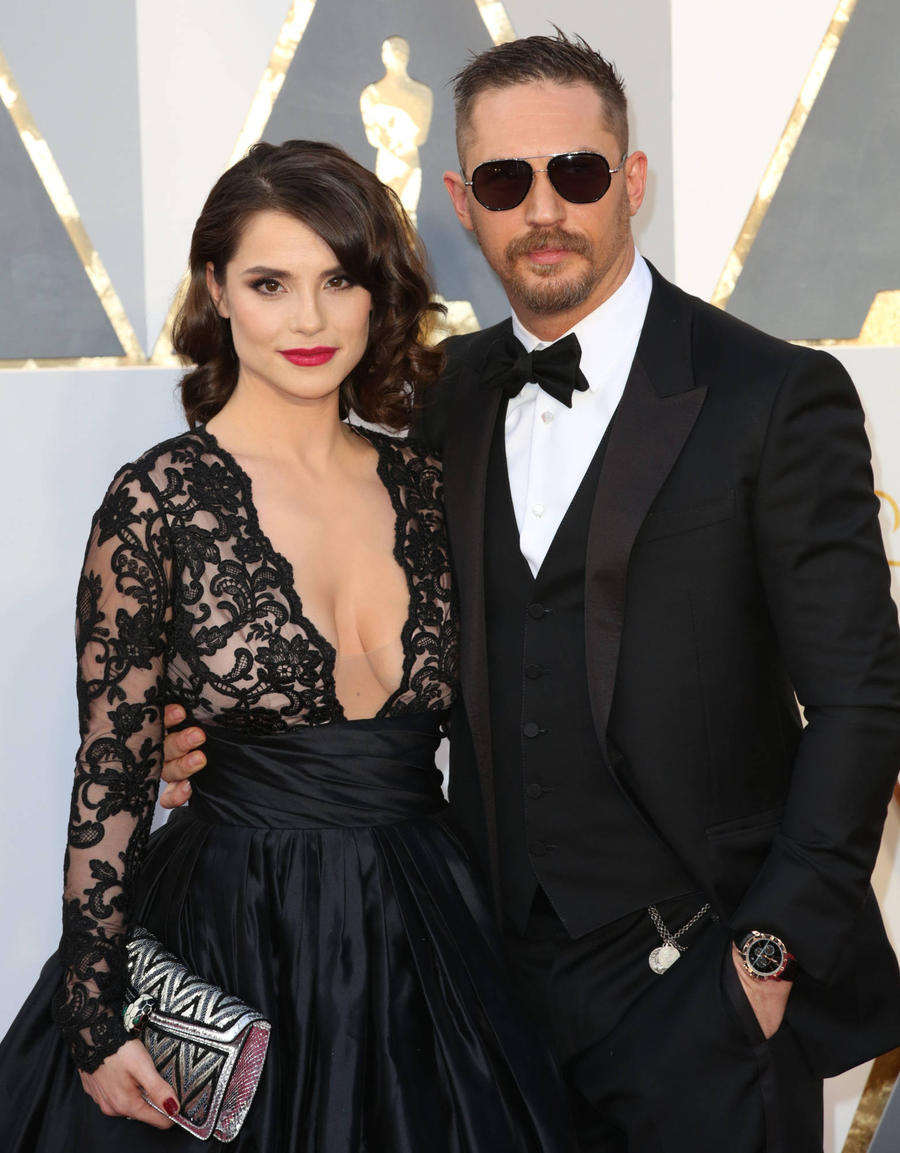 The Best Supporting Actor nominee was spotted pacing the floor outside the Dolby Theatre auditorium on Sunday night (28Feb16) as his wife Charlotte Riley, who became a mother in October (15), was relieving her aching boobs.

"I'm just waiting for my wife to finish breast pumping in the bathroom," Tom told the Los Angeles Times. "She has to do it every hour."

An hour earlier, the golden couple arrived at the Academy Awards, where they rubbed shoulders with Hollywood's biggest stars, including Hardy's The Revenant co-star Leonardo DiCaprio, who helped the Hardys capture the magic moment by posing for a selfie with them.

Tom, who was celebrating his first Oscar nod, was dapper in a black three-piece Gucci suit and aviator shades, while Charlotte donned a stunning lace and satin gown with a daring plunging neckline, considering she would be breast pumping a little later.

But he missed out on the big prize as fellow Brit Mark Rylance picked up the Best Supporting Actor award for his work in Steven Spielberg's Bridge of Spies.

Rylance also beat out Christian Bale (The Big Short), Mark Ruffalo (Spotlight), and Sylvester Stallone, who was an early Oscars favourite after winning gold at the Golden Globes and Critics Choice Awards.