Tom Hardy Will Return To 'Peaky Blinders' As Alfie Solomons

The long-awaited fourth season of 'Peaky Blinders' debuts later this year, with Tom Hardy now confirmed to reprise his role as Alfie Solomons.

'Peaky Blinders' fans rejoice, as Tom Hardy has been spotted on the set of the BBC series in full costume as London gangster Alfie Solomons. Though the actor is in high demand right now, it would appear he has found time to reprise his role in the fourth season of the critically-acclaimed show, as he shot scenes on location in Toxeth, Liverpool earlier this week. 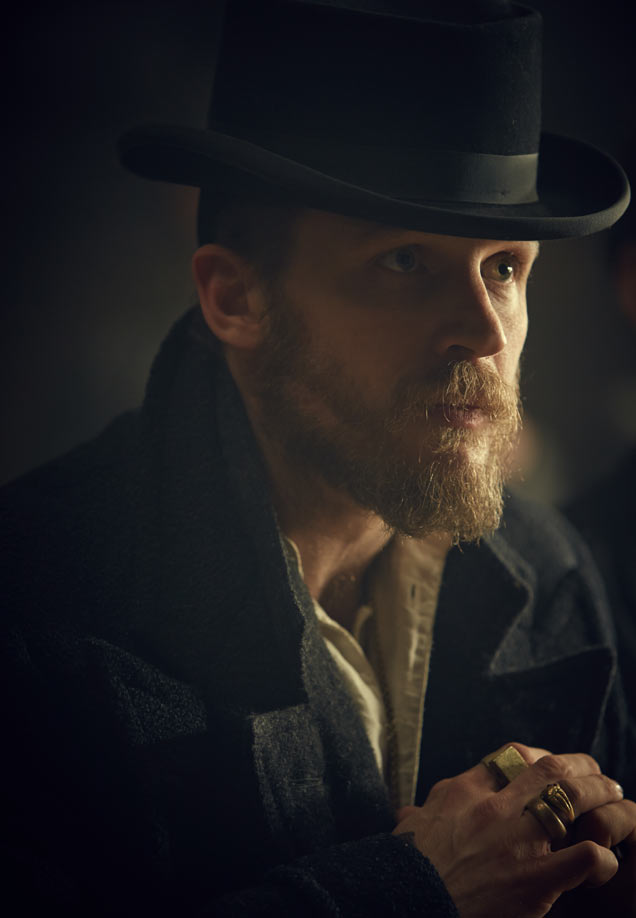 Creator Steven Knight had previously said he "can't do ['Peaky Blinders'] without [Hardy's character] Alfie", so it's encouraging to see that the two have come to some kind of arrangement, following their recent collaboration on BBC series 'Taboo'. The pair have a long-standing working relationship, with Knight directing 2014 movie 'Locke', which Hardy took the titular role in.

First introduced in the show's second season, Alfie Solomons is a violent leader of a Jewish gang in Camden Town, London, who formed a rocky alliance with Cillian Murphy's character Thomas Shelby. Based on a real-life gang leader of the same name who controlled much of the north of London with his brother Harry, there are no doubt truths scattered throughout the tale being told in the series.

Knight said of the real-life Jewish gangs and the 1920s: "People would flood to the race tracks. They would be carrying a lot of cash and might be a bit drunk so they would be easy prey for straightforward robbery.

"A lot of the bookies were Jewish and, as they became the target for people stealing money from them, they got themselves protection from the Jewish gangsters. One gang would be protecting, while another would be attacking."

The news comes alongside the release of plot details for the show's new season, which will begin with Tommy Shelby receiving a letter on Christmas Eve which warns of danger to the Peaky Blinders. Returning to Birmingham to prepare for the dangerous battle ahead, Shelby will be facing one of his toughest challenges to-date.

'Peaky Blinders' will return for its fourth season later this year on BBC Two.