Tom Hardy will play Elton John in 'Rocketman,' though does he have the singing chops? 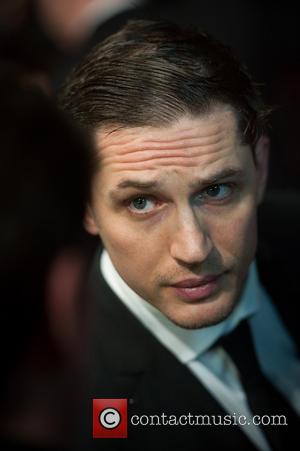 Tom Hardy has won the race to play Elton John in Michael Gracey's biography Rocketman. As Deadline reported in June, FilmDistrict paid $10 million to acquire the U.S. rights to the movie, which is written by Billy Elliot's Lee Hall.

The company snapped up the movie after it became the talk of Cannes, where it was shopped by UTA - the agency that structured the financing. FilmDistrict's Peter Schlessel has since taken over Focus Features, which will release the movie with a promise of sizable P&A.

Rocketman will follow Elton's journey from musical prodigy, to winning a scholarship at the Royal Academy of Music, to his rebellious teenage years and finally becoming a global icon who outsold just about every musical artist of his era.

"Tom is quickly becoming known as one of the world's most versatile actors, and like others at the top of their craft, he has proven his ability to transform himself completely into the character or subject found in the material," said Schlessel announcing Hardy's casting this week.  "We are confident that Tom will embody the physicality and spirit of Sir Elton.  This, in conjunction with the creative team led by Michael and Rocket Pictures, will provide the foundation for something that will be a unique cinematic event."

Hardy - probably best known for playing Bane in The Dark Knight Rises - appears to be a surprise choice to play the singer-songwriter and attention now turns to his ability as a singer. Then again, Focus may employ the same tactic as the producers of James Corden's One Chance and dub in the vocals. In that movie, Paul Potts provided his own singing voice though it's unlikely that Elton would do the same.

Saying that, we've done our research and found a couple of clips of Hardy opening his lungs. The first of which is a shadowy clip of him rapping Jesus hopped A. Ok, so we can't vouch for its veracity, though according to the hardcore peeps at TomHardy.org who originally posted it up, it's real.

The next clips comes from the DVD extras of the 2005 television series Oliver, in which Hardy played Bill Sikes. Hey, it's only a couple of seconds of singing, but Hardy shows he can really lay on those emotional vocals when required.

Next up is from Hardy's turn as a homeless alcoholic taken in by a writer (Benedict Cumberbatch) in Stuart, A Life Backwards. In a particularly touching scene, the boys drive along the motorway while singing Babybird's Because You're Gorgeous. Ok, so Hardy doesn't sound too clever, but his character isn't in the greatest of places - so we'll forgive him this one.

Ok, so we don't envisage that Hardy is going to flex his rapping muscles in Rocketman, but maybe he should consider a biopic of Eminem in the future. A YouTube clip of Hardy spitting the lyrics to KRS One's Hip Hop VS. Rap makes for a pretty entertaining viewing.

"Frisco Disco, the disc is like a Nabisco, Chocolate chip cookie, don't f*ck with me rookie," he raps, with his son in a baby carrier.

Hardy actually considered a career in rap music before turning to television and movies. "I started out rapping when I was 14 or 15," he told BBC's Newsbeat in 2011, "Because I come from a nice middle-class neighbourhood it was a very hard sell. And I wasn't very good! I used to be with the guy who managed Leela James and Lauren Hill, Pras, the Fugees and all that. I worked out with (Grammy winning producers) Warren Riker and Gordon Williams. I've recorded loads of stuff but it's never been released." 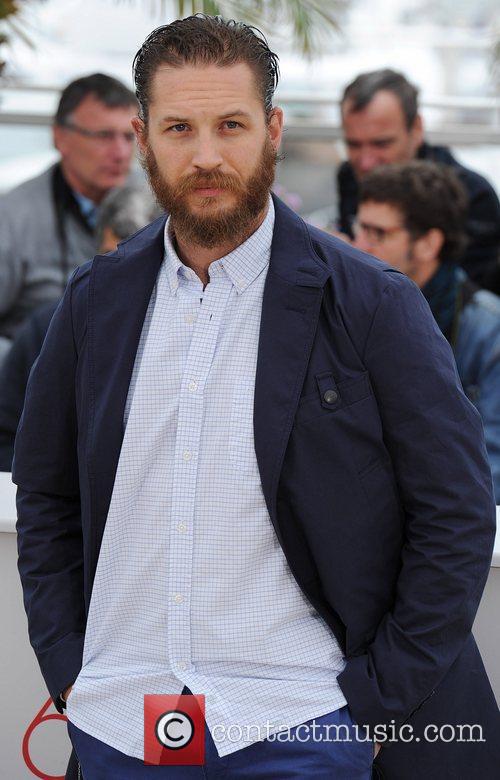 Tom Hardy At The Cannes Film Festival, Where The Deal For 'Rocketman' Was Tied Up.