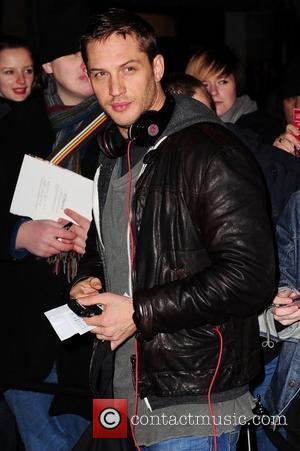 British actor Tom Hardy tore ligaments in his hand, broke a toe and cracked his ribs filming brutal scenes for upcoming fight movie Warrior.
The Inception star plays a mixed martial arts student in the film, alongside Nick Nolte as his father/mentor and Joel Edgerton as his brother and fellow brawler.
The movie shoot called for some tough fight scenes between the leading actors - and Hardy was so determined to make it as realistic as possible, he suffered several painful injuries on set.
He tells Empire magazine, "It was all a concern. I'm not a fighter, not at all. So for me it was a challenge. Could I achieve that kind of physicality and convince anybody in any way that I might possibly be a fighter? That was the challenge."
Edgerton adds, "There were a few hospital visits. All part of the fun."