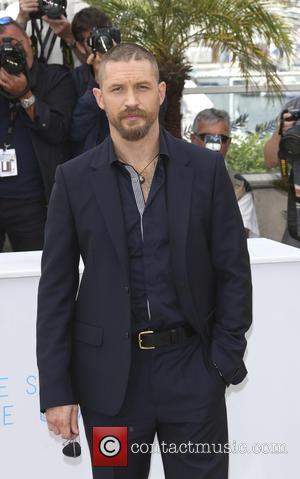 Picture: Tom Hardy - A host of stars were snapped as they attended the 68th Annual Cannes Film Festival for a "Mad Max: Fury Road" Photocall...

The Dark Knight Rises star Hardy and his actress wife Charlotte Riley will join thousands of others by donning an eye-catching item of clothing to back the Stand Out to Stop campaign for Bowel Cancer UK.

In a joint statement, Hardy and Riley say, "We're supporting STAND OUT to STOP bowel cancer because we want to help stop the U.K.'s second biggest cancer killer. Bowel cancer is preventable, treatable and curable. Please join us and sign-up at www.standouttostop.org to have some fun and raise vital funds for Bowel Cancer UK by standing out to STOP bowel cancer. Thank you."

Jones adds, "Too many people are still dying from bowel cancer. We have to make more people aware of it. By supporting Bowel Cancer UK's STAND OUT to STOP bowel cancer campaign, you can help save lives."