Hardy and his pet dog Woodstock will read 'You Must Bring a Hat' on CBeebies on New Year's Eve.

The BBC has delighted stressed-out mothers up and down the land with the announcement that Tom Hardy will be reading a bedtime story on CBeebies this New Year’s Eve.

The 39 year old English actor is perhaps best known for physically imposing roles such as the Kray twins in Legend, and the strongman Bane in The Dark Knight Rises.

However, Hardy is also a father of two young children, and will be showing his caring side when he reads ‘You Must Bring a Hat’ by Simon Philip and Kate Hindley on CBeebies on December 31st. The story, aimed at children aged two upwards, tells of a little boy who is going to a party. 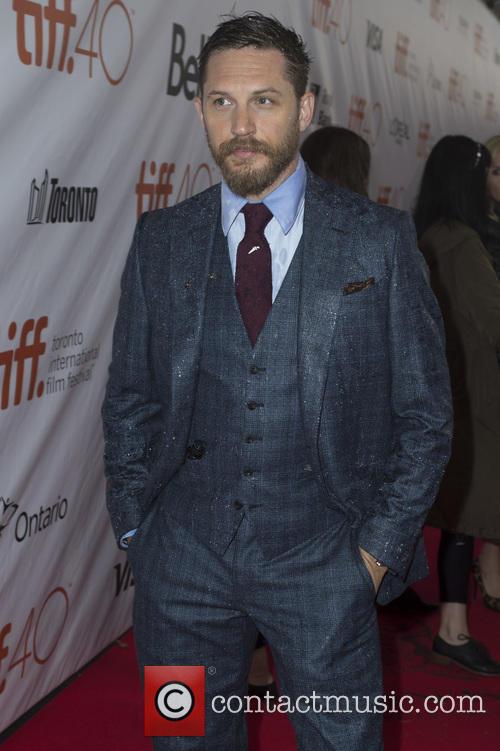 To make it even better, he’ll be reading it with his dog, Woodstock, who accompanied him for its filming this week, according to the BBC.

Delighted viewers, presumably bored to death with the usual fare their little ones watch, immediately flocked to social media. “Three long years of upsy daisy and iggle piggle... (sic) this is the best news I have had!... what should I wear ?...how long do we have ?...the child will have to be very quiet at this story time... its a special one...” wrote one fan.

More: Tom Hardy is having to get a new tattoo after losing a bet with Leonardo DiCaprio

Hardy is also going to be involved in many more bedtime stories in 2017, alongside a host of other big names who have been roped in for a new series. They include actor Damian Lewis, astronaut Tim Peake and former 'Great British Bake Off' winner Nadiya Hussain, all of whom will read a different bedtime story.

The new stories over the Christmas and New Year period will also feature performances from Isla Fisher, Maureen Lipman, Justin Fletcher, Sam Nixon and Mark Rhodes. The show is on CBeebies every day at 6:50pm.

More: Tom Hardy teams up with his father on gritty period drama ‘Taboo’