Tom Hardy, Leonardo Dicaprio and Tobey Maguire are to team up on two new Warner Bros. movies about animal poaching and trafficking. 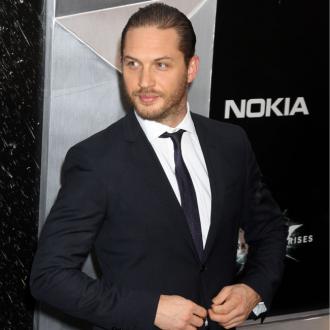 The trio look set to work on a film about animal poaching and one about trafficking through their respective production companies, Material Pictures (Maguire), Appian Way (DiCaprio) and Executive Options (Hardy).

The first as-yet untitled project is being written by Sheldon Turner and is based on an idea by Tom. The movie will be set in Africa, with the 'Dark Knight Rises' star set to play a Special Forces soldier who trains rangers to fight off poachers who are wiping out the elephant and rhino populations in Zimbabwe, Deadline reports.

Leonardo, Tobey and Tom have also been linked with onscreen roles for the second film, which is yet to have been given a title or a director and will cover the supply and demand issues of animals getting slain, stripped and sold for a lot of money in places such as China.

What's more, the motion picture is said to be a multi-stranded storyline in a similar way to Steven Soderbergh's 2000 crime drama 'Traffic', which tells the story of judge who is appointed by the US President to spearhead the country's war on drugs before finding out his daughter is an addict.

Tom is said to have signed up for the second project after finding out Leonardo and Tobey share similar interests to his own.