Production On The Sir Elton John Biopic Has Been Put On Hold By Hollywood Executives. 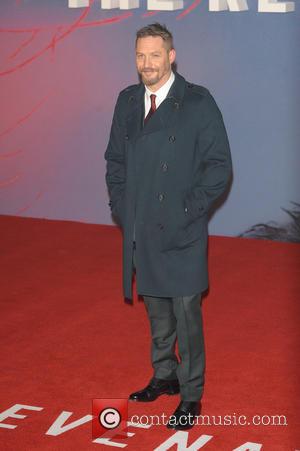 The musical movie, titled Rocketman, has been in the works since 2011 and production seemed to move forward in 2013 when British actor Tom Hardy was confirmed to play the veteran singer.

However, Sir Elton has now revealed the project, which is set to depict his life after he left rehab in 1990, has been put on hiatus by Hollywood executives, who are keen to wait to release it when musicals become popular again.

He says, "The biopic went into hiatus because musical film started to do badly. You know what the film industry is like when a topic isn't doing well, they all say no... It's definitely Tom Hardy. It is going to happen and will happen eventually."

Hardy has previously spoken of his struggle with the musical elements of his job, saying, "I'm not a singer I have no idea really. I'm really trying because of Rocketman but it's hard for me to open my mouth in that way. I'm not really drawn towards singing and musicals and that stuff... I did some rap when I was a kid but I'm somebody's dad now so it wouldn't be too cool to crack that out!"