Mel Gibson is mad no more (at least as Max Rockatansky) as British screen delight, Tom Hardy, steps out of the flames into the title role of this fourth outing of the franchise, Mad Max: Fury Road. 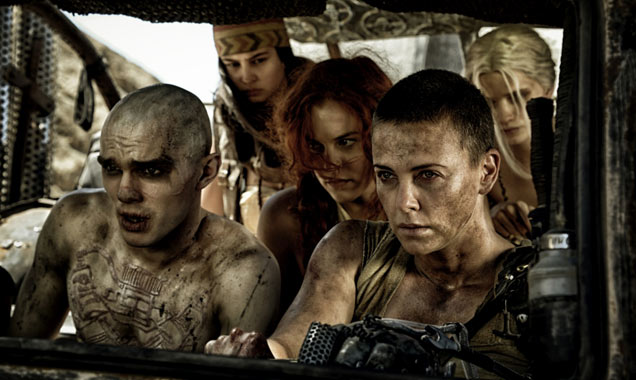 The latest trailer for this newest film set in the Australian post-apocalyptic world of director George Miller is out and, after years in the making, it seems quite possible that fans will not be disappointed.

In the far reaches of the desert, where humanity is broken, water has teamed up with oil to become a major commodity and people traffic in slaves, Max meets Furiosa, played by Charlize Theron, a woman trying to cross the desert.

MORE: Is Tom Hardy The Right Choice To Play The New Bond?

Max is hoping to find peace of mind after the loss of his wife and child and Furiosa is trying to reach her childhood homeland but the two are united by one common goal: the will to survive.

The essence of Mad Max’s world may make as little sense as any of its predecessors but epic car chases and crazy fight scenes certainly redeem plot holes and complications of implausible settings.

MORE: Tom Hardy Is Out Of the Suicide Squad Movie

And why should any of it matter, anyway?

As our hero says: "As the world fell each of us in our own way was broken. It was hard to know who was more crazy, me or everyone else."

Mad Max: Fury Road comes to UK cinemas on 14 May or, for a sneak preview, you can view the trailer here.