From Bane to Bond: Why Tom Hardy Would Make A Brilliant 007

With the iconic James Bond franchise set to receive a significant amount of attention at the upcoming Academy Awards ceremony given that 'Skyfall' marked the spy series' 50th anniversary as well as becoming the biggest blockbuster of the year in terms of both commercial and critical success, it's only natural that we've started to wonder about Bond number seven. After all, Daniel Craig has completed a total of three 007 flicks over the past six years and after getting wed in 2011, now might be the time to step down and enjoy some family time before he reaches 50. We've thought up a possible candidate and reckon we have some pretty good justification as to why Tom Hardy should become the next James Bond. 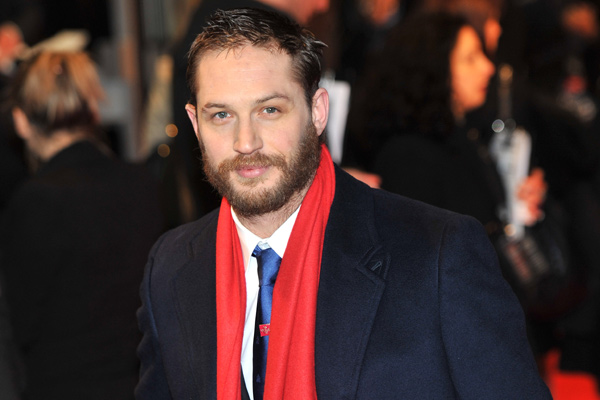 Okay, so we know the others have been too, apart from George Lazenby, but with 'Skyfall' becoming the number one box office hit in 2012, it's only natural that Hollywood would want to put their stamp on it and add a taste of America to the English franchise. We think it's an absolutely essential part of portraying the secret spy that he is played by an British actor, but filmmaking seems to have become changeable in terms of the nationality of big brand characters these days. Take iconic superheroes Spider-Man and Superman for example: 'The Amazing Spider-Man' was the latest instalment in the franchise and that very American title role was scooped by Brit Andrew Garfield while Henry Cavill landed the main role in the upcoming Superman movie 'Man of Steel'. If Brits can become Americans, let's hope the opposite doesn't become of Bond. 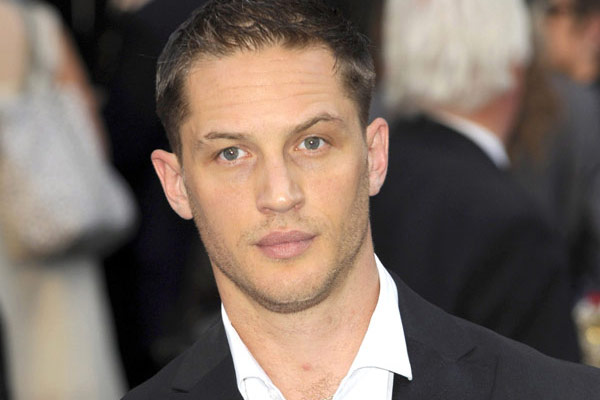 Mr Hardy is definitely one to get our pulses racing which is pretty necessary for this famed ladies' man. Except, of course, when he grew that beard to play title character Max Rockatansky in 'Mad Max: Fury Road' due for release in 2014. And we weren't keen on him as a crazy, bald, moustachioed guy in 'Bronson' either. However, he was one of our highlights in 2010's 'Inception' and we even loved the floppy haired undercover agent he played in 'Tinker Tailor Soldier Spy'. Not to mention that fact that he looks truly dashing in a suit and never fails to impress on the red carpet. 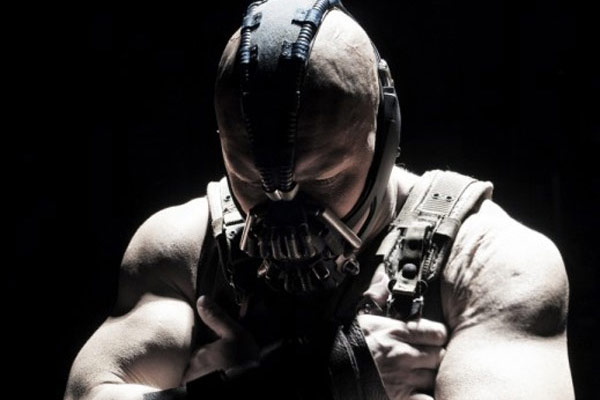 What makes Bond such a girl magnet? Anyone can have charm, a glittering smile, piercing eyes and a smart suit but we think what really gives him sex appeal is the danger surrounding him and his occupation. Tom Hardy has got that down to a tee. He's used to playing villainous and criminal characters which gives him more of a devious edge. Most notably, he starred as the supervillain Bane in Christopher Nolan's 'The Dark Knight Rises' arguably proving himself as Batman's biggest nemesis so far. Furthermore, he played the gangster Handsome Bob in 'RocknRolla', outlaw brother Forrest Bondurant in 'Lawless' and the vicious, high-security prisoner Charles Bronson in the biopic 'Bronson'. To echo Taylor Swift, we know he's trouble, but everyone's a sucker for a bad boy. 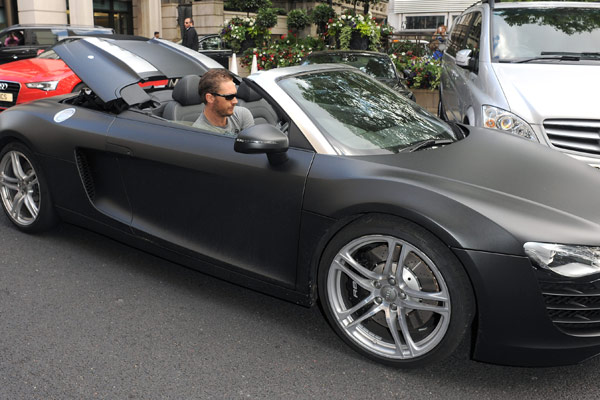 At 35-years-old, he's approaching his prime in terms of becoming the next James Bond. We're not saying that Daniel Craig is too old for the job, but as Hardy is nearly ten years younger we think he's more likely to appeal to a wider audience of both the young and old. We know Roger Moore was significantly older when he portrayed the agent from 1973-85 with seven movies, but times have changed and movie fans are leaning much more towards the younger generation these days. And after all, reports emerged in November 2012 that Craig was suffering with hairloss problems and was urged to get a hair transplant by producers because they reckon (and, sadly, we agree) that a balding 007 won't go down too well. 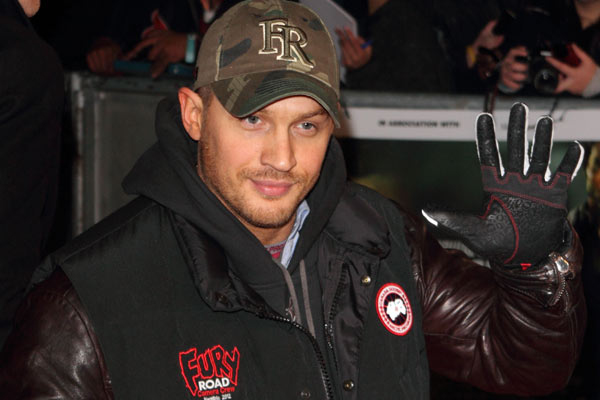 He's a success in the action genre.

Tom Hardy has successfully established himself in the world of action movies without becoming part of a major brand; examples including 'The Dark Knight Rises', 'Inception', 'Thick as Thieves' which also starred Morgan Freeman and, of course, his upcoming 'Mad Max: Fury Road' flick. Though you wouldn't class it as an action movie as such, he played a brutal fighter in 'Warrior' in 2011 which must've taken some serious training, adding to the believability were he to play the License To Kill agent. This experience is something that Daniel Craig didn't have as much of pre-Bond; sure he acted alongside Angelina Jolie in 2001's 'Lara Croft: Tomb Raider' and appeared in Sam Mendes' 'Road to Perdition' but we struggled to come up with any more examples of gripping, action-packed projects that he has visited. Daniel Craig seems to have become a favourite for the Bond franchise but, with all that experience, who knows? Hardy could really give him a run for his money. 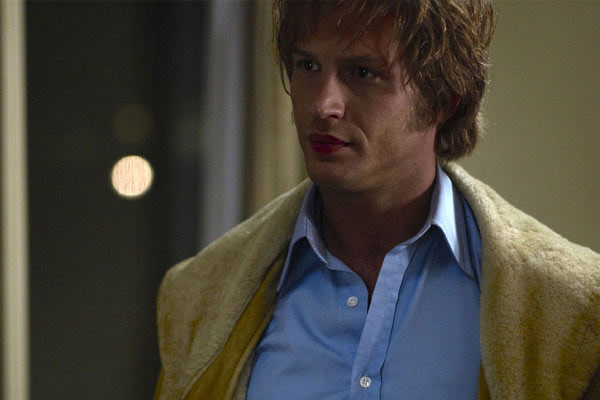 He's been a spy before.

Last but not least, we know Hardy can play a brilliant secret spy because he's already done so; 'Tinker Tailor Soldier Spy' saw him portray the undercover agent Ricki Tarr who gets falsely accused of murder after trying to pass on information about a mole in the British Intelligence. The movie may not have won any major awards but it did receive many positive reviews and three Academy Award nominations. Hardy himself earned two nominations for Best Supporting Actor by the British Independent Film Awards and the Georgia Film Critics Association and was, unsurprisingly, in the running for Total Film Hotlist's Hottest Actor award. We think this serves as solid proof that he would make a more than satisfactory agent 007.

There are many reasons why Mr Hardy would be the ideal contender for the new 007, but mainly we just like him because he's a really cool guy... even when he's arriving the Ballet! 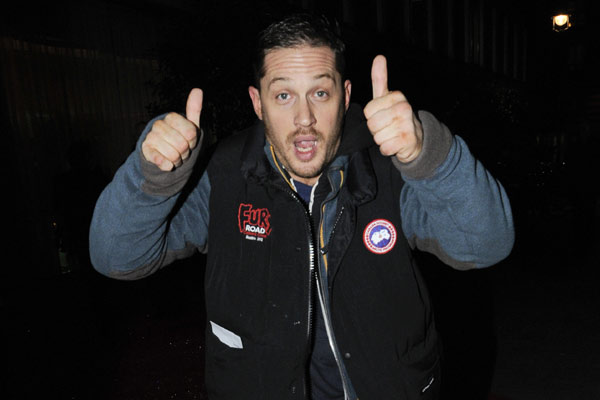