Tom Hanks On Working With The Coen Bros & Steven Spielberg On ‘Bridge of Spies’: ‘It’s Like A Lottery Win’

Tom Hanks, speaking in a recent interview, discussed working with the Coen brothers and Steven Spielberg on ‘Bridge of Spies’.

For Bridge of Spies, Tom Hanks was given the opportunity to work with the Coen brothers and Steve Spielberg. Hanks may be a global superstar, as much admired for his warmth and personality as he is for his diverse acting, but in a recent interview he revealed he was still delighted at being given the opportunity to work with the well-respected screenwriters and the legendary director. 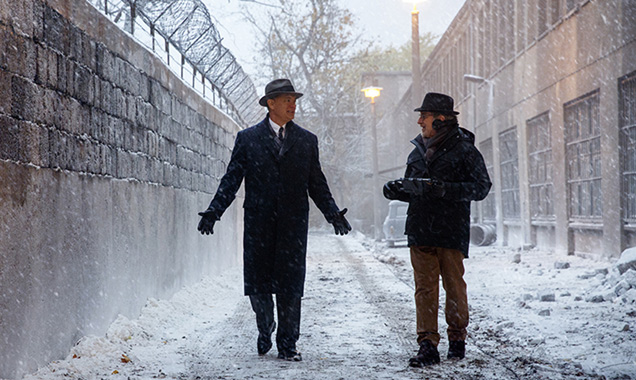 Tom Hanks and Steven Spielberg during filming for Bridge of Spies.

Hanks, in a recent interview, explained how both the Coen brothers and Spielberg had wanted him for the part of lawyer James Donovan from the onset.

“The screenplay, by the time I had read it, had gone through the Coen brothers,” Hanks said. “What’s one of the most exciting things for an actor is when you read a red hot piece of material and not only do they want you for it already but Steven Spielberg wants you for it already. That really is, that’s like winning the Power Ball – that’s a lottery win.”

Hanks also referred to his professional relationship with Spielberg. Hanks has previously worked with Spielberg on Saving Private Ryan, Catch Me If You Can and The Terminal. Their shared experience enabled Hanks to feel comfortable in making suggestions and understanding how Spielberg works.

“Steven are I have worked enough together that the gestalt that we had was always eye to eye,” Hanks continued. “I would come in with an enthusiastic idea about how to go about this scene and Steven would say ‘That’s great because what I want to do is play it all the way from back here and if you’re moving around that’s where the eye is going to go.’ It felt like it was a reward to go back and, you know, show up to work again.” 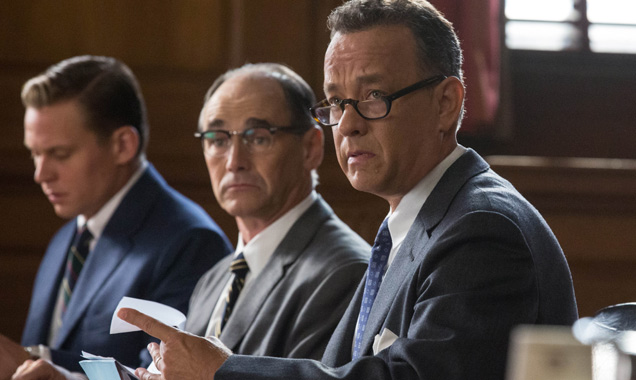 Hanks stars in Bridge of Spies as Brooklyn lawyer James Donovan. The historical biographical drama, based on true events in the Cold War, follows Donovan’s attempt at negotiating the release of Francis Gary Powers, a U.S. pilot who had been captured by the Russians after they shot down the U-2 spy plane he was flying. In exchange for Powers, the U.S. would return Russian spy Rudolf Abel who Donovan had defended years before.

In the interview, Hanks also spoke of the Donovan with admiration. Hanks described Donovan as “a bull of a negotiator” who was also able to handle delicate diplomatic affairs, such as meeting Soviet and U.S. spies in Germany, well.

“The thing about Donovan is that he’s a bull of a negotiator,” Hanks said. “He’s built for it: Irish, tough, is not doing to give an inch. As soon as you leave a crack open, he’s in there and he pounds it and you’re doomed.”

Hanks stars opposite Mark Rylance, Amy Alan, Alan Alda and Mark Powell in Bridge of Spies. The film is released in cinemas on 27th November (U.K).

Watch The Bridge Of Spies Trailer: