Tom Hanks was prescribed steroids so he could continue to star in Broadway play 'Lucky Jim' while he had a cold. 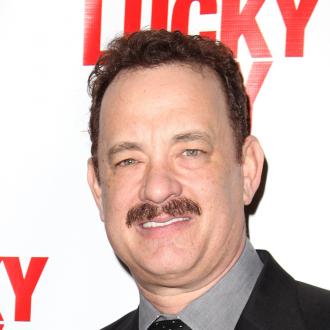 Tom Hanks turned to steroids to cure his cold.

The Oscar-winning actor was struggling to take to the stage in his critically-acclaimed Nora Ephron Broadway play 'Lucky Guy' because of a nasty cold, so begged his doctor for help by putting him the drug.

Speaking on 'The Late Show with David Letterman', Tom said: ''Say you have a cold and it happens now and it sweeps through the theatrical community.

''The cast of 'Pippin' goes down ... you have to go see the magic doctor. And then she puts you on the juice.''

The 'Forrest Gump' star admits the drug cured his inflamed throat quickly and had the added bonus of rejuvenating his performance because he felt so sprightly.

Tom added: ''You take the steroid, and the only repercussion is you will not be in the hall of fame. But you do get back on that horse and you are on stage and you feel great!

''I was on steroids for two performances, never felt better in my life, came off the show was tighter, it was quicker ... I just blew through the performance feeling like a million bucks. I felt like I was 23 again!''