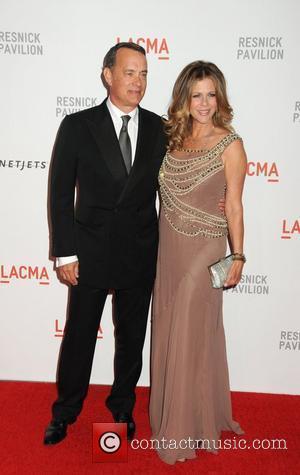 Tom Hanks is currently in talks to star in 'The Hurt Locker' director Kathryn Bigelow'S new film, reports MTV News. However, the 54-year-old actor is still said to be undecided about featuring in 'Sleeping Dogs', a movie about organised crime in the border zone of Paraguay, Argentina, and Brazil.
Five lead roles are currently on offer in the movie, which was formerly titled 'Triple Frontier', and the Press Association report that Johnny Depp has been offered another of the parts. 'Sleeping Dogs' will be Bigelow's much anticipated follow up to her multi-Oscar winning 'The Hurt Locker', which told the story of a bomb disposable team working in the Iraq war. MTV suggests that if Hanks was to accept the role, an alliance between himself and the 58-year-old director would "catch the Academy's attention before the film even hits theatres." MARK BOAL, the man who wrote 'Hurt Locker' is said to be penning the script for the new movie, which is scheduled for a release sometime in 2011.
The US radio station 'KBS' are reporting that roles in the film have also caught the attention of numerous Hollywood A-listers including Leonardo Dicaprio, Sean Penn, and Christian Bale.