One good turn really does deserve another, as Tom Hanks found out this week.

Tom Hanks has publically thanked a man who returned his lost credit card. Hanks' credit card was returned just days after the 58-year-old actor helped a group of girl scouts sell some boxes of cookies. Hanks took to Twitter on Friday (13th March) to express his gratitude to a New Yorker named Tony. "A guy named Tony found my credit card on the street in NYC and returned it! Tony! You make this city even greater! Thanx. HANX," the You've Got Mail actor wrote. 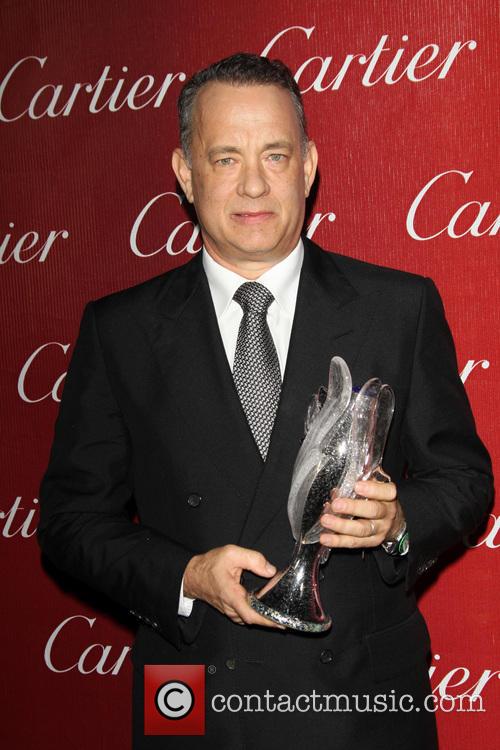 Tom Hanks thanked a man for returning his credit card via Twitter.

Earlier this week, Hanks was spotted in San Francisco helping some girl scouts sell cookies. According to reports, Hanks bought four boxes and gave the scouts an extra $20 donation. Hanks even stuck around to try and flog more cookies, using his celebrity status and distinctive voice to help out. One of the scout's mothers described the actor as "so personable" and "so down to earth".

Hanks has recently appeared in Carley Rae Jepson's music video in which he lip syncs along to her latest single 'I Really Like You'. If you still can't get enough of Hanks, he certainly has a busy year ahead as he has a producer credit on two films, A Hologram for the King and Ithaca. Hanks also stars in Ithaca, opposite his once frequent collaborator Meg Ryan.

A guy named Tony found my credit card on the street in NYC and returned it! Tony! You make this city even greater! Thanx. HANX.