Tom Hanks' career may be as hectic as ever, but now he's got his home life to stress over as his 24-year-old son Chester continues to hit headlines for the most controversial of reasons. Now, he's wanted by British police after allegedly, excuse the cliché, trashing a hotel room. 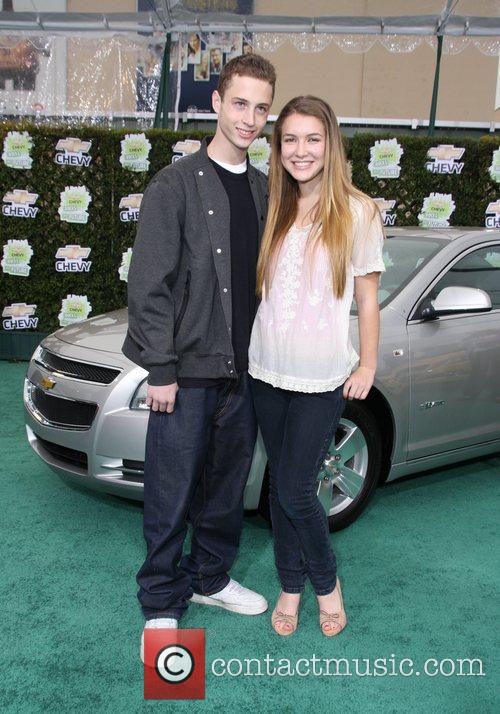 It seems Chet Hanks is desperate to achieve some kind of recognition, but instead of going down the route of his father and older brother Colin Hanks as a super serious movie star, he's opting for more of a rock 'n' roll lifestyle instead; which, in his case, apparently means drinking to excess and smashing up the furniture of his room in London and causing £1,200 damages.

When staff visited the room at the Arora International hotel near Gatwick, they found the television on the floor having been torn from the wall, and a broken mirror with shards of glass everywhere. The 24-year-old was also said to have been causing a lot of noise the night before, after staggering back following a night of heavy drinking at a nightclub.

According to the Mirror, a source revealed that his behaviour at the club was 'obnoxious' and, after returning to his room with a friend and two girls, it only seemed to get worse. 'He asked the girls if they would join him in the bed, but they are not like that', the source said. 'So he started screaming and making a right noise.' Sussex police reveal they are trying to contact him for an interview, but Chet has branded the claims 'a slanderous bold-faced lie' and insisted that he would be dealing with the matter alongside his legal team.

The wannabe rapper has already stirred up trouble on the net recently after his use of the N-word in an Instagram post, where he was promoting his newest song 'Juice' under the moniker Chet Haze. He later posted a video defending his actions and commenting, 'If I say the word n***a I say it amongst people I love and who love me'.

Of course, he's gone through his own fair share of suffering in life. Last year he revealed that since the age of 16 he's been battling drugs and alcohol addiction, but now intends to continue his life substance free. 'With 50 days of sobriety under my belt, I can honestly say I'm the happiest I've ever been', he wrote on Instagram. 'I'm thankful for my family and everybody that cares about me, including my fans. I've been blessed with the programs of AA and NA which allow me to rise above this disease.' And that's not to mention the worry that he must've experienced when his mother Rita Wilson was forced to undergo a double mastectomy earlier this year after being diagnosed with breast cancer. The actress seems to have made a full recovery, however.

We can only hope that Chet will also recover from his headline grabbing antics.