Urging journalists to "fight for truth" against Donald Trump, Hanks kept up his tradition of sending a new coffee machine to the White House press pack.

Tom Hanks has always been known as one of the nicest guys in Hollywood, and his latest gesture toward political journalists – an often maligned profession – has demonstrated that once more.

The actor had an espresso machine delivered to the White House press corporation to provide reporters with caffeinated boosts as they “fight for truth” in reporting on the various goings-on in the Trump White House, according to The Hollywood Reporter.

“To the White House Press Corps. Keep up the good fight for truth, justice and the American way. Especially, the truth part,” Hanks’ note read, as can be seen via NBC’s political correspondent Peter Alexander’s Twitter feed. 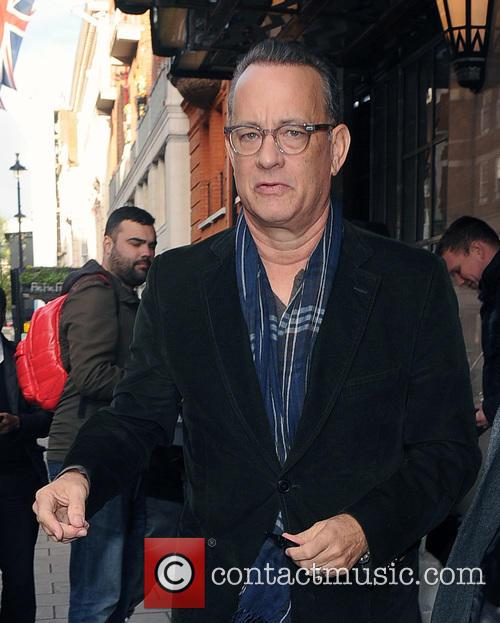 A picture accompanying the note, of American soldiers, was captioned: “Fresh, spirited American troops, flushed with victory, are bringing in thousands of hungry, ragged, battle-weary prisoners.”

It echoes what Hanks did back in 2004 when George W. Bush won re-election to the presidency, when he provided a new coffee machine for stressed-out correspondents.

More: Will Smith and Tom Hanks in talks for Disney live-action ‘Dumbo’ re-make

“I hope this machine will make the 24 hour cycle of news a bit more pleasant,” he said at the time. “Add water, insert pod, press button and report. All good things. Tom Hanks.”

In 2010, Hanks replaced that machine with a new one having noticed that his gift was looking a little overused. “You know, you are supposed to clean this after every use,” he apparently told journalists.

Since his inauguration on January 20th, the newly elected Republican president Trump’s relationship with the media has been strained to say the least. Just last week, the White House prevented reporters from the Guardian, the New York Times and CNN among many others from attending an off-camera briefing with press secretary Sean Spicer.