The word 'jealous' doesn't even cover it right now.

A pair of young filmmakers have lived the dream of every film lover their age by getting the chance to rap with 'Inferno' star Tom Hanks. They've loved the movie 'Big' since they were kids, but we bet they never thought they'd be doing his hilarious verse from the film with the actor himself. 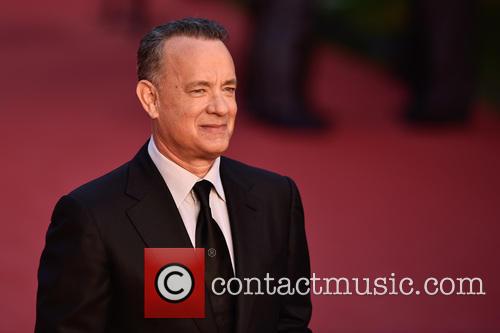 Tom Hanks does his 'Big' rap with fans

Wesley Chan and Philip Wang of Wong Fu Productions took to Florence, Italy to see the European premiere of 'Inferno' and meet star Tom Hanks and director Ron Howard. It turned out to be one of the most memorable encounters of their lives (and they've met President Barack Obama) because Tom agreed to do the 'Shimmy Shimmy Cocoa Pop' rap from his 1988 film 'Big'.

The hilarious thing is that Tom hardly needed to be asked to re-create the rap, he had already started as soon as they mentioned it. He was more than willing to give it his all on camera with his fan though, as one half of the young duo and Ron Howard clicked along in the background, not knowing the words. 'I actually stole that from my kid's summer camp', Tom revealed afterwards. 'We needed a thing in the movie. I said, 'How about we just do this?''

He was also a good sport about a meme they showed him, featuring various Tom Hanks characters in compromising travel situations (on a raft in 'Castaway', hijacked by Somali pirates in 'Captain Phillips', aboard the ill-fated Apollo 13 spacecraft... that sort of thing). 'Sometimes he shows up in Florence and doesn't know where he is', Ron joked, referencing Tom's character Robert Langdon's plight in 'Inferno'. 'Why am I in Florence?' Tom quipped in response.

More: Watch the trailer for 'Inferno'

Wesley and Philip also have a connection with Ron, in that he's 'technically' their boss. Their recent mini-series 'Single by 30' was was made with Ron Howard's company New Form Digital, something that Ron immediately recognised them from.