The actor was out jogging when he spotted the newlyweds.

Tom Hanks made one newly-wed couple's day that much more special by photobombing their picture session in Central Park, New York City over the weekend. Photographer Meg Miller captured the moment the actor jogged over to wish them well and grab a selfie. 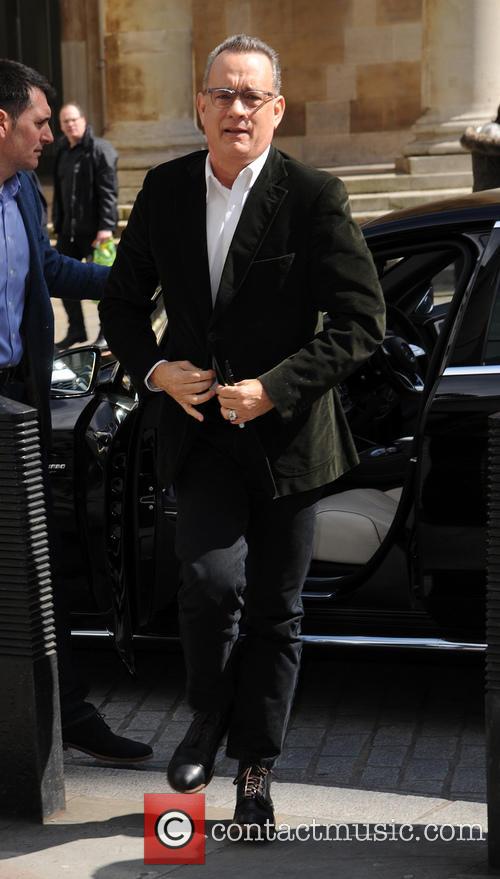 The 'Sully' star just happened to be on a routine run through the park when he spotted bride and groom Elizabeth and Ryan posing for photos. Meg told the Huffington Post that she actually put her camera down to let the jogger past, before realising who he was. According to her, he went up to the couple 'took off his hat, just leaned right into the group and said 'Hi, I'm Tom Hanks'. He then shook the groom's hand, kissed the bride's hand and made sure to grab a selfie and offer his congratulations before he left.

'He asked if they needed a wedding officiant, because he is an ordained minister', Meg added. 'Had he just run past us we would have never known it was him.'

A photo posted by Meg Miller Photography (@megmillerphotography) on Sep 25, 2016 at 7:06pm PDT

The photographer posted a few shots of the special moment on Instagram with the caption: 'Yesterday's wedding was so beautiful! Elisabeth and Ryan you planned one amazing celebration. The icing on the cake was @tomhanks stopping in Central Park to wish them congratulations.'

Earlier this year, Taylor Swift surprised another newly married couple by turning up at the reception and performing a piano version of her hit song 'Blank Space'. Though it wasn't such a surprise to everyone, as it had all been part of a plan by the groom's sister. Ed Sheeran did a similar thing last year in Australia, where he treated the guests to a rendition of 'Thinking Out Loud'. Also, we can't forget Maroon 5 jumping in on those weddings for the video for 'Sugar'.