He took to social media to pay his respects.

Huge condolences for Tom Hanks, who has recently bid farewell to his 'beauty' of a mother Janet Marylyn Frager, who passed away at the age of 84 just recently. He left a couple of tributes to the woman who raised him on his Instagram page. 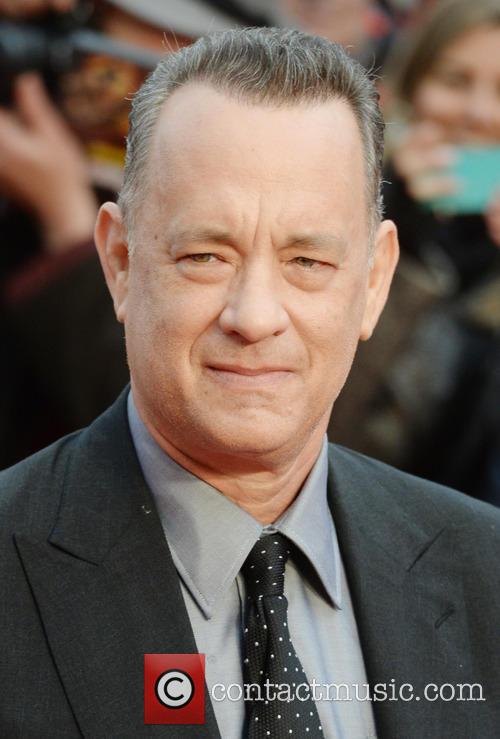 The news comes just days after the 'Sully' actor celebrated his 60th birthday on Saturday (July 9th 2016). It's not known what his mother died from, though at 84 you could safely assume natural causes. 'This beauty? My mom', he wrote in post on Instagram alongside a photo of a youthful looking Ms. Frager. 'She was the difference in many lives. Many lives. We say goodbye to her today. Safe crossing, mom!'

He went on to post another tribute shot, this time of the sign outside the State Theatre in Red Bluff, California where his mother lived most of her life. 'Saw many movies here with our Mom', he said. 'Thanks for all who came to see her off.'

This beauty? My mom. She was the difference in many lives. Many lives. We say goodbye to her today. Safe crossing, mom! Hanx.

Tom's wife Rita Wilson also paid her respects via social media. Couple with a fairly recent shot of Tom with his arm around his elderly mother, she wrote: 'This wonderful lady gave birth to my husband, and three other children. Thank you for bringing my love into the world. She is at peace now.'

More: Tom Hanks opens up about his diabetes diagnosis

Janet Marylyn was a woman of Portugese descent who worked in a hospital at the time Tom was born in Concord, California in 1956. In 1960, she separated from her husband - Tom's father - Amos Mefford Hanks, with whom she had four children; the now writer Sandra Hanks Benoiton, Lawrence 'Larry' Hanks who is now an entomology professor, Tom himself, and another actor named Jim. The family moved often, both while together and while separated; the three eldest children lived with their father after the divorce, and by the age of ten Tom had had ten different homes.

The actor got emotional discussing his childhood following his parents' split recently when he appeared on BBC Radio 4's 'Desert Island Discs' back in May. 'I didn't see much of [my mother] until after my dad was divorced and they had made some peace between themselves', he said.

He went on to say that he didn't have the vocabularly to describe how he felt growing up, but, asked if he does now, he promptly broke down in tears. 'What it was, it was the vocabularly of loneliness', he said.