Tom Hanks And Wilson From 'Cast Away' Reunited At Rangers Game

After 15 years apart Tom Hanks and Wilson have finally be reacquainted.

In a heartwarming tale of old friends being reunited in unlikely circumstances, Tom Hanks and Wilson from Cast Away were brought back together on Thursday, during a New York Rangers game. Wilson of course was the volleyball friend of Hank’s character Chuck Noland in the 2000 movie, though it all does lead us to wonder what a volleyball was doing at a hockey game. 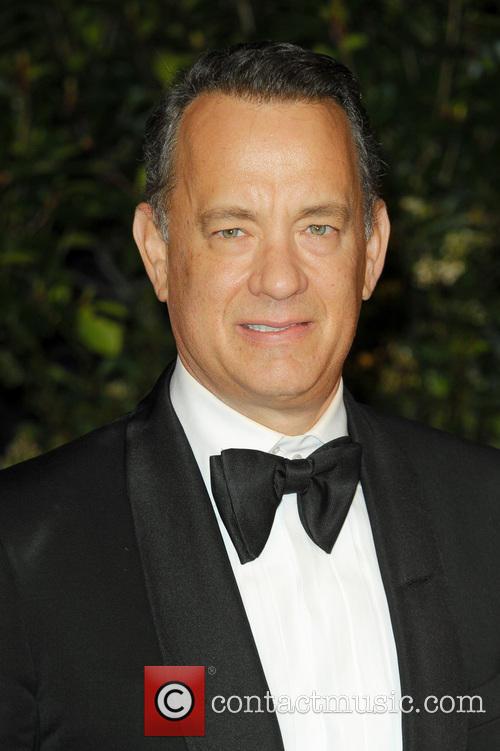 In the film Hanks played a FedEx employee who is the sole survivor of a plane crash and spends four years living on a deserted island before finally being rescued. To help keep him company Noland turns a volleyball from one of the plane’s washed up package into a companion named Wilson.

But sadly things don’t end so well for Chuck and Wilson, who are tragically separated during a severe storm, in one of the movie’s most heartbreaking scenes.

The long awaited reunion came when Hanks appeared on the jumbotron while attending the Rangers game. As the actor gave a wave to his fans someone tossed him a replica Wilson ball.

Hanks looked happy to see his old friend again and had a quick catch up before beginning a "Let's Go Rangers" chant.

Hanks received an Academy Award and BAFTA nomination for his role in Cast Away, as well as picking up a Golden Globe for Best Actor in a Drama. Alongside Wilson Hanks was also nominated for an MTV award for Best On-Screen Duo, which they sadly lost to the Charlie’s Angels trio.

We’re not sure what happened to Wilson after his reunion with Hanks, but lets hope the pair grabbed a drink together after the game. We’re guessing they had a lot to catch up on.