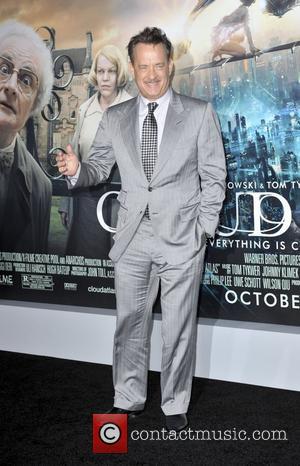 Can Paranormal Activity 4 and Argo be shifted from the top of the US Box Office? It's slim pickings this week, in terms of big money releases but if any movie is going to do it, it will be Cloud Atlas, the sprawling adaptation of David Mitchell's novel. We'll also look at the rest of this week's main releases: Chasing Mavericks, Silent Hill: Revelation 3D and Pusher.

Cloud Atlas has been getting some heavy promotion over the last few weeks, so curiosity, at the very least, should get movie fans into the theaters this week. The movie's producers will be hoping that this is the case, because the film is on thin ice with the critics, having scored a shaky 60% on the Rotten Tomatoes site. The general consensus seems to be that although the movie is well made, it could have done with a firmer editorial hand. Claudia Puig summed it up by saying "The cumulative effect is one of spectacle over substance."

You can watch the Cloud Atlas trailer here

One movie that almost definitely won't be threatening the upper echelons of the US Box Office chart, is Chasing Mavericks, the surfing drama starring Jonny Weston and Gerard Butler. The movie may feature some of the biggest names from the world of surfing, as well as some awesome footage of real wave surfing, though it doesn't quite work well enough as a movie to win over the critics. It probably would have worked better as a drama, without the schlocky acting in and it looks as though Chasing Mavericks will only really appeal to die-hard surfing fans.

You can watch the Chasing Mavericks trailer here

Silent Hill: Revelation 3D is another one for the die-hards it would seem. Giving a movie the 3D treatment seems to be many a franchise-owner's answer to rejuvenating their movie series. Originally based on the horror survival computer game series, we've already had four Silent Hill films before this one and there doesn't seem to be a huge amount of need for this sequel, no matter how slickly produced it may be: another case of style over substance for this horror cash-in.

You can watch the Silent Hill:Revelation 3D trailer here

Things really aren't looking great for the last of this week's film picks. Pusher stars former model Agyness Deyn and Richard Coyle. Roger Ebert may have given the film's message the thumbs-up (essentially - drugs are bad, kids) but he was one of very few critics to find anything nice to say about it. It's an adaptation of the visionary director Nicholas Winding Refn's original and it looks like it's yet another unnecessary step too far in the world of Hollywood movies.