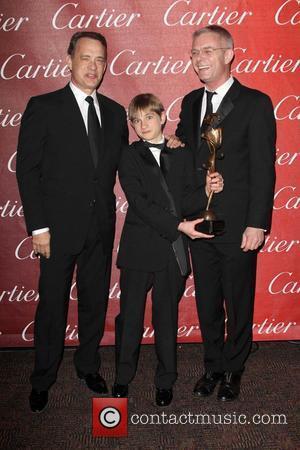 Today's Oscars nominations announcements contained a few surprises but none drew such audible cheers from the audience than the two nominations for the new Tom Hanks film Extremely Loud and Incredibly Close, which seems to have come out of nowhere and planted itself in the running for the film industry's most coveted award: a nomination for Best Picture. Most people, though, will be wondering exactly what the film is all about and what makes it so deserving of a place amongst the year's most critically-lauded movies.
Extremely Loud and Incredibly Close is a drama, following the story of a nine year old boy who scours New York city looking for the lock which matches a key that was left behind by his father, who died in the World Trade Center terrorist attacks in 2001. In some ways, it echoes part of the story of Hugo - another Oscar nomination success which tells the tale of a young inventor looking for a key to fit the automaton that his father was repairing before he died. The film received a limited release in the US and Canada on Christmas Day and is set for a UK release next month (February 17, 2012).
The inclusion of the film on the Best Picture list is a surprise, given its critical response so far. It only received a score of 48% on the Rotten Tomatoes website and its imdb.com rating stands at 6.2 out of a possible 10. Its star cast though, which includes Tom Hanks and Sandra Bullock is buoyed by what looks to be a moving performance from Max Von Sydow (who brings in the film's second Oscars nomination) and this may well be what nudged the film into the shortlist.