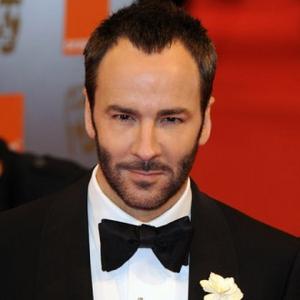 The former Gucci designer says clothes can sometimes be unflattering and thinks it is a good idea to embrace nakedness to help give people confidence in their bodies.

He said: "I spend most of my time at home naked. You know, most people actually look better nude. We are all one harmonious colour, with a symmetry and an innate elegance. Fat women almost always look better without the constraint and lumpy pinching of clothes, all the straps and elastic squeezing and sucking.

"We are the only animal that wears clothes, and that can't just be because dogs can't do up buttons."

While he believes most people look better naked, Tom - who recently released his first womenswear collection in six years - says he wants his clothes to be flattering and timeless.

He told Style magazine: "You make your own look and add what you like. I wanna make things that are classic. Imagine how great to have invented the CHANEL suit or the blazer."