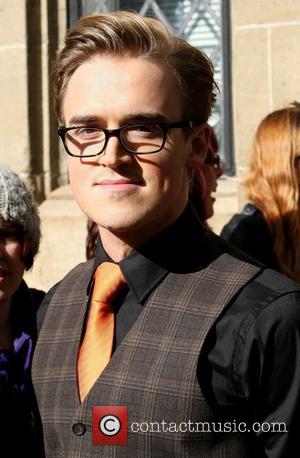 MCFLY singer Tom Fletcher has opened up about his battle with bipolar disorder, admitting he grew so depressed about his image he starved in a bid to lose weight.

In the British band's new book, Unsaid Things... Our Story, Fletcher reveals his inner demons compelled him to survive on just one muffin a day after growing obsessed with being the heaviest member of the group.

He writes, "I was obsessing about being the fat one in the band. I wanted to lose weight, but rather than going about it the sensible way, I pretty much stopped eating.

"I'd go to Starbucks and order a frappuccino and blueberry muffin and that was me for the day. Not eating apart from my daily Starbucks became my routine. Not only would I beat myself up internally if I consumed anything else, I'd be in a foul mood if we were working somewhere there was no Starbucks. It was an obsession - and a deeply unhealthy one."

Fletcher's weight woes pushed him into a dark period of depression, and he suffered in silence before doctors diagnosed him with bipolar disorder.

Speaking about his struggle in 2010, he adds, "I hated everything. I'd never been the most sociable of people, but now I felt more anti-social than ever. I'd lost my enthusiasm for everything.

"Everything's bad. Nothing's ever going to be all right again - there's not even a reason to get out of bed in the morning. You can't remember what it's like to be happy. The truth is, I'd have done almost anything to rid myself of the depressions."