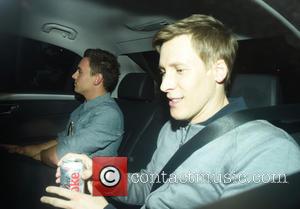 The 20-year-old sportsman, who is dating Hollywood screenwriter Dustin Lance Black, was unveiled as the publication's new cover star at its annual summer party in London on Wednesday (16Jul14).

Andrew Fraser, Attitude's Deputy Editor, says, "It's been a big year for Tom Daley. When he made his very moving and personal video last year, where he revealed his relationship with Dustin Lance Black, he not only changed his own life, but will have helped change the lives of countless other young gay people who are starved of role models in the world of film, Tv and sport."

In the accompanying interview, Daley admits he would like to pursue a career as a Tv presenter once he retires from diving, and opens up about settling down in the near future, saying, "Family is something that has always been really important to me and yes, at some point I would love to marry and have kids."