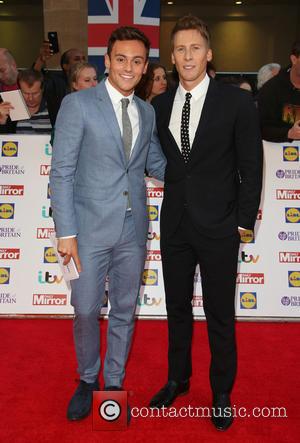 The couple confirmed the news by placing an announcement in British newspaper The Times on Thursday (01Oct15).

It reads, "The engagement is announced between Tom, son of Robert and Debra Daley of Plymouth (England), and Lance, son of Jeff Bisch of Philadelphia (Pennsylvania) and Anne Bisch of Lake Providence (Louisiana)."

The Oscar-winning Milk writer has been dating the Olympic bronze medallist since 2013.

The romance became public knowledge after Tom revealed his sexuality that year (13) by posting a YouTube.com video in which he announced he was dating a man.

"In spring this year my life changed massively when I met someone, and they make me feel so happy, so safe and everything just feels great," Tom explained.

"That someone is a guy. It did take me by surprise a little bit, it was always in the back of my head that something like that could happen, but it wasn't until spring this year that something just clicked. It felt right. My whole world just changed right there and then. I'm dating a guy and I couldn't be happier."