Why Did Tom Cruise's 'Rock Of Ages' Flop At The Box Office? 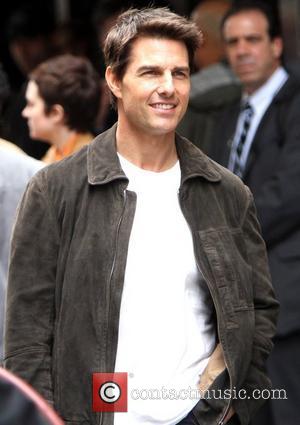 Tom Cruise's comedy musical 'Rock of Ages', also featuring Catherine Zeta-Jones and Russell Brand, was heavily tipped to top the box-office following its release this past weekend. In the end, it was animated adventure 'Madagascar 3' that hung on to the top spot, though perhaps more worrying for Sony Pictures - 'Rock of Ages' didn't even finish runner-up.
It was Ridley Scott's sci-fi epic 'Prometheus' that clung onto the No.2 spot, in a repeat of last week's box-office results. Even more surprisingly, Adam Sandler's comedy caper 'That's My Boy' finished all the way back in fifth - one of the actor's worst results for years. With the likes of 'Mamma Mia', 'Chicago' and 'Hairspray' all performing strongly at the box-office in recent times, it begs the question, why didn't 'Rock of Ages' go down as well with musical fans? Well, critics were less than impressed with the movie, with Claudia Puig of Usa Today writing, "Don't stop believing. Just avoid cliched musicals that try to capture the anarchic spirit of rock with trite commercial re-treads". Richard Corliss of Time Magazine also stuck the boot in, saying, "So willfully bad that not even Cruise's valiant Cpr can help", while Peter Bradshaw of the UK's Guardian newspaper wrote, "Doubtless, like The Producers, it will be adapted back into the theatre, some time in 2017, at which time it will be even more bland and tiring".
In all fairness, 'Rock of Ages' is likely to be a mere blip on Tom Cruise's recent movie credits, which includes the huge grossing 'Mission Impossible 4' (with a fifth instalment on the way). He recently completed filming the crime-drama 'Jack Reacher', and also has plans to star in a sequel to his 1986 movie 'Top Gun'.