Clooney has been released from hospital after the horrific bike crash he suffered in Sardinia this week.

Tom Cruise has sent a message of support to his fellow actor George Clooney after the latter was injured in a nasty motorcycle crash earlier this week.

Clooney, 57, was rushed to hospital in Sardinia, Italy on Monday (July 9th) after being involved in a horrific collision with another vehicle that sent him six feet into the air from his moped, as he was driving to the set of his new film Catch-22.

Speaking at the premiere of his own new film, Mission: Impossible – Fallout, in Paris, 56 year old Cruise, who starred in ‘ER’ with Clooney and who also suffered his own stunt injuries during filming last year, had some words of support.

“He's great on a motorcycle and I hope he's okay. I really, George, I didn't know until I was here but I hope you're okay buddy.”

Like Clooney, Cruise is also a known motorcycle fan, and was then asked whether his friend’s accident would make him think twice about riding. “Never, no never,” he replied. “The bike will retire me, I won't retire the bike.”

Fortunately, Clooney was discharged with only minor injuries and is expected to make a full recovery, though he will require physiotherapy for his knee. His wife, Amal, and two children Ella and Alexander rushed to his hospital beside upon hearing of the crash. 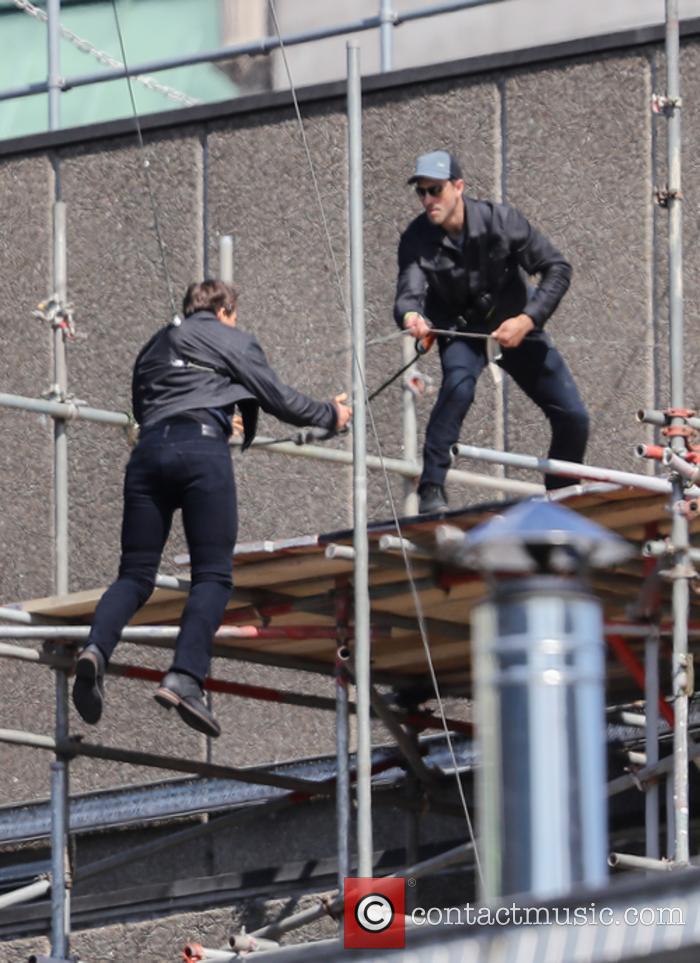 Cruise was injured on the set of 'M:I-Fallout'

Speaking to Italian newspaper Corriere della Sera a few days after the accident, Antonello Viglino, a plumber who was driving the other vehicle, said that it could have been much worse and that the accident occurred as he was temporarily blinded by the sun.

“I couldn't see anything, I had the sun in my eyes. I was just starting to turn, I'd only gone a little way over the white line. I'm in shock. It all happened in an instant. I recognised him as soon as he took his helmet off. I tried to stay calm, I was worried that he had hurt himself really badly. I could never have imagined that I would have hit George Clooney.”