Tom Cruise has revealed he's desperate to make an 'Edge of Tomorrow' sequel and has already pitched an idea for the film to the director and writer. 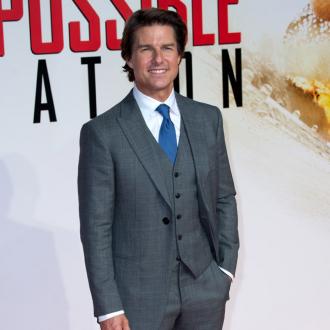 Tom Cruise wants to make an 'Edge of Tomorrow' sequel.

The 53-year-old actor - who played Major William Cage in the action-adventure film - has revealed he's already pitched an idea for a follow-up to the writer and director.

He said: ''I pitched it to [Christopher] McQuarrie and Doug [Liman]. We were there one night and I was like, 'I've got an idea for it'.''

The 'Mission: Impossible - Rogue Nation' star admitted, however, that the sequel will only go ahead if his co-star Emily Blunt agrees to return as Special Forces warrior Rita Vrataski.

Cruise's comments come after he confirmed yet another 'Mission: Impossible' sequel is in the works.

He said: ''We're starting to work on it now. We'll probably start shooting it next summer.''

The Hollywood star also confessed recently that he would love to reprise his role as Maverick in a 'Top Gun' follow-up.

He revealed: ''It would be fun. I would like to get back into those jets.

''It would have to be practical. I don't want any CGI jets. I want to shoot it like how we shot the first one.''