Tom Cruise Lays Down Conditions For 'Top Gun 2': "No CGI"

Tom Cruise will reprise his role as Maverick in a 'Top Gun' sequel as long as there's "no CGI on the jets".

Tom Cruise has spoken a bit more about what he’d like to see from the rumoured Top Gun sequel. “It would be fun,” he admitted, “I would like to get back into those jets.”

However, the Hollywood megastar had one condition for his involvement, which was rumoured by a producer recently. “It would have to be practical. I don't want any CGI jets. I want to shoot it like how we shot the first one.”

The 53 year old actor made the comments to Reuters ahead of his new movie Mission Impossible: Rogue Nation, which had its London premiere on Saturday (July 25th) ahead of its worldwide theatrical release on July 31st. 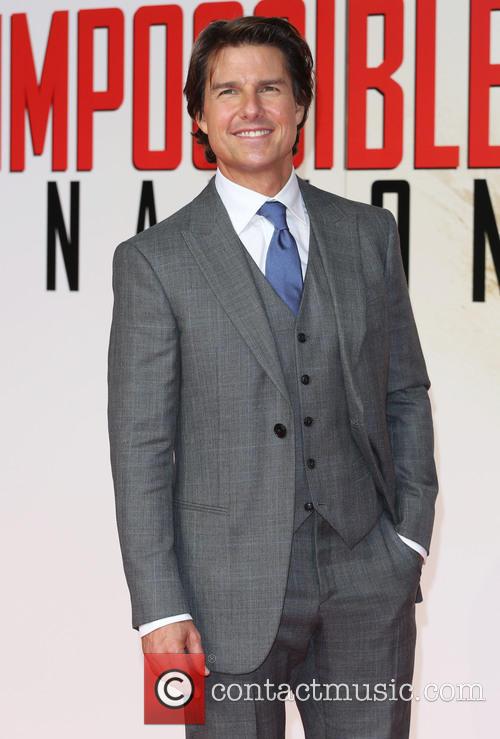 Cruise later repeated the same demand in an interview with Extra day later. “I’m saying right now, no CGI on the jets. If we can figure all that out, and the Department of Defense will allow us to do it, that would be fun.”

Virtually no officially confirmed details of Top Gun 2 exist as yet, though it is rumoured to concern extremely up-to-date technology. The producers would presumably have to reconcile their desire to bring the characters into the modern era with Cruise’s tendency to perform his own stunts on camera. The Mission Impossible films alone have seen him dangle out of airborne planes and climb up skyscrapers.

Jerry Bruckheimer, who co-produced the iconic 1986 original, told HuffPost Live last month: “the concept is, basically, are the pilots obsolete because of drones. Cruise is going to show them that they're not obsolete.”

Rumours of a Top Gun sequel first emerged in late 2010, with contract talks and location scouting progressing until co-producer Tony Scott’s death in August 2012. Ever since, the project has been in the balance, although Cruise and his original co-star Val Kilmer have remained enthusiastic.